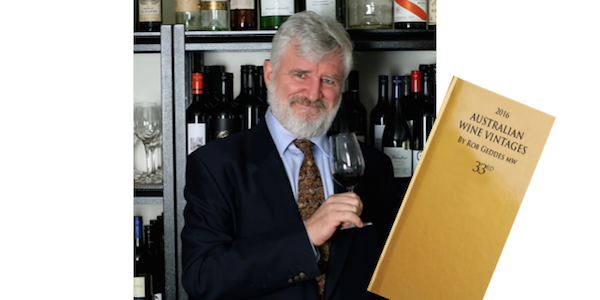 Lower alcohol wines feature in this year’s vintage award winners – but do they taste any good?

The awards recognise Australia’s leading wines each year, as judged by an expert panel, led by leading Sydney-based Master of Wine, Rob Geddes. The results are published in the annual Australian Wine Vintages book, which is authored by Mr Geddes.

Rob Geddes MW and his panel tasted more than 3,500 wines for the 2016 edition, with only the top ten per cent of wines published. Among these, 100 winemakers receive a “Top 100” award, which recognises outstanding synthesis of variety, region and style.

“There is a strong trend amongst winemakers to produce lower alcohol wines in Australia,” said Mr Geddes. “However, quality isn’t being sacrificed. On the contrary, our panel found Australian winemakers are doing exceptional things in the lower alcohol band of wines under 13 per cent alcohol. The evidence is in the number of wines in this band that are included in the 2016 top 100 list.”

“Just a few years ago, the Top 100 would have been dominated by wines with an alcohol content of 14 per cent or more”, he said. “That has now been turned on its head.” Mr Geddes said the shifting trend showed the Australian wine industry’s capacity to be rapidly responsive to shifting preferences amongst wine lovers and the industry should be acknowledged for that.

“The quality of lower alcohol wines amongst this year’s Australian award winners is exceptional – one of the best years yet,” Mr Geddes said.

Rob Geddes MW has been immersed in every aspect of the wine industry for more than 30 years as an author, consultant, judge and educator.  Rob was only the third Australian to become a Master of Wine and there are less than 350 Masters of Wine globally.