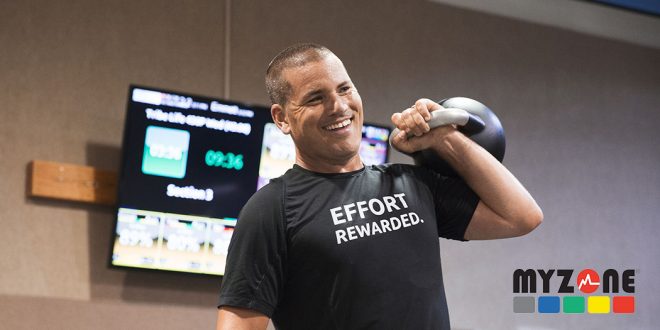 Emmett moved from Melbourne to the US a little over 6 years ago to manage MYZONE through the developmental phase of its commercial existence. After 2 years of beta with the product, and 2 years of establishing the right value proposition through a significant amount of market interface, he led the company through its ‘go to market’ phase in 2013/14, seeing the system installed in over 4000 health clubs in over 40 different countries as it reaches the exponential growth stage. The platform is currently attracting tens of thousands of new users every month, changing behaviour one exerciser at a time.

CM: Can you explain what MYZONE is?
EW: MYZONE is a wearable technology platform built for the commercial fitness industry. Using heart rate based data, along with in club and smartphone app display, MYZONE utilises goal setting, gamification and social accountability to drive exerciser behaviour, helping members achieve their results.

CM: Operationally, and as a club owner or manager, how do I get the most out of MYZONE?
EW: The best way to approach MYZONE is by using the playbook to approach 3 audiences – the new members joining, those paying for paid programming, and finally the general membership population. By segmenting the membership, and having a dedicated strategy for each, traction is achieved.

For example, the new joiners should be gamified to achieve usage in the first 30 days, paid programming should leverage the technology to enhance the more personal experience during and post class, and the general population should treat the system the same way they treat a fun run, a simple goal to focus on making exercise interesting and fun.

CM: Motivation is a powerful outcome and is a key component to member retention, is fitness tech the answer?
EW: It is not ‘the answer’, but it is a key component of the mix. Wearable tech taps into the motivation system by providing reward, giving the exerciser an instant sense of achievement, and creating that tangible sense of progress. Without that, exercise ROI can take weeks or months, and that is not motivating.

CM: Can you explain how MEPS works and the significance of this system?
EW: Yes, MEPS reward users for the effort they put into exercise, so the higher the intensity the more points they earn per minute. The idea of MEPS is to measure what matters, effort. MEPS take the focus off who is the fittest, who lifts the heaviest, who moves the fastest, and makes effort the hero metric.

CM: Fitness trackers have been around for a number of years now – how does the MYZONE solution differ from say a Fitbit, Garmin or Misfit?
EW: MYZONE is built for purpose, with the gym member in mind. The device is 99.4% accurate to an EKG machine, unlike wrist devices, and the MEPS metric focuses on what matters, effort, not calories, and not steps. MEPS help level the playing field, and allow users to literally do anything, and be compared, unlike some devices which are movement specific – i.e. running, cycling.

To speak with a MYZONE representative in your state call 03 8560 0922 or visit www.myzone.org 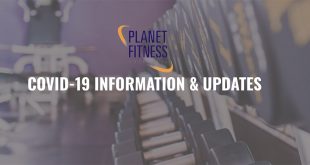