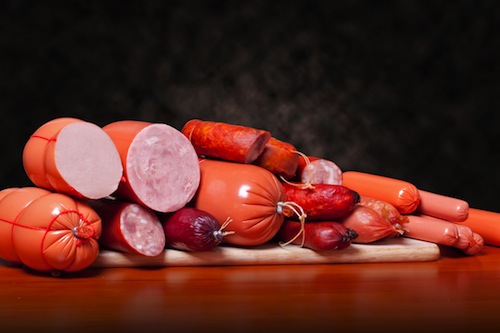 5 Foods You Should Never Eat Again – EVER!

There is a new trend emerging with the latest super foods to eat & keep on our radar, but what about the bad stuff not to touch. Here are the top 5 foods that you should never eat again. Avoid them like you do your ex.

The cold side of cold cuts

A bite of your BBQ meat lover pizza might seem like your tastebuds are entering nirvana after a weekend of debauchery and long necks. Salami, ham, roast beef and other deli meats are poor quality, packed with sodium and made from animals raised on hormones and antibiotics. The World Cancer Research Fund recently surveyed 7,000 clinical studies covering links between diet and cancer.  Strong evidence was unravelled that eating processed meat is linked to an increased risk of bowel cancer and a suggested link with lung, stomach, prostate and oesophageal cancer. Put your salami sanga down and opt for fresh meat like kangaroo sausages or wild caught tuna fish instead.

Nothing sweet about YOU

Yes I get it you’re sweet enough so you cut the sugar and go artificial. Rookie mistake.  Not only have fake sweeteners been linked to people not losing weight but they contain a list of alleged medical issues to promote a seizure. Natural news recently reported Aspartame which is found in most diet drinks “has been linked to a number of diseases, can impair the immune system, and is even known to cause cancer,” In one study, of the 48 rats given aspartame, up to 67%  of female rats developed tumours the size of gold balls. If it is made in a lab, it’s probably better to avoid it, which is why a half-teaspoon of sugar in your coffee, a dash of honey, or stevia are better options than a packet of the fake stuff.

Margarine, spread it – away!

Ever flown to the land of croissant and seen taut slim French girls spreading a wall of butter on their pastries? It’s not rocket spread science, most margarines are not healthy. Due to the process of hydrogenation, which creates trans fats, which causes inflammation by damaging the cells lining your blood vessels, upping your risk for cardiovascular disease, cancer, degenerative diseases and putting fat on your thighs. Our body needs natural good fat in our diet to function and lose fat, so go for organic butter, avocado and coconut oil or macadamia oil as the healthier replacement.

When you get the urge to drag your salivating mouth to China Town for a bowl of beef chilli dumplings, be warned. The allure of these neon lit eateries promises food that is delivered fast, cheap, salty and tasty until symptoms strike. Symptoms can include dizziness, headaches and heart issues. MSG is not just an Oriental stereotype, it is actually found in many pantry items .Think corn chips, bottled sauces, instant noodles, commonly masked under the “flavour enhancer” ribbon. Always read labels for this hidden bomb of flavour as it goes under many guises or avoid savoury packet food.

It’s unfortunate so many peeps think the right fuel for starting their day means grabbing a doughy white roll or dunking their spoon in a bowl of cereal. When you eat a lot of sugar, the carbohydrates get used up quickly and your blood sugar shoots up. As a result, your brain quits making orexin, and without this neuropeptide you will feel like bloated and crawling under your desk to have a nap. Turn the food pyramid around again and avoid white breads, cereals or breakfast bars and go for a better choice with protein, like scrambled eggs with a fetta avocado smash.