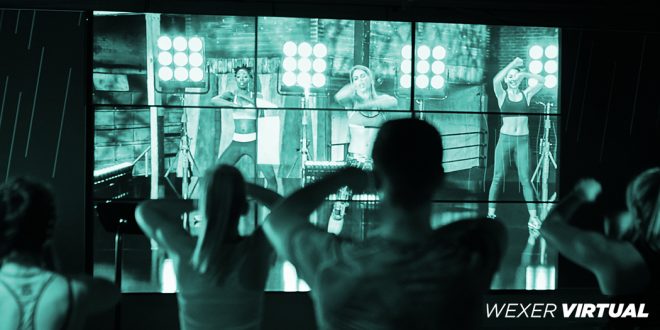 This is one of the top line findings of new research conducted by global market leader Wexer.

The study of 1,400 members, published this month, found that:-

The evidence is there: offering virtual fitness classes directly correlates with higher levels of customer acquisition, engagement and retention.

And there’s more evidence that continues to build this case. The average virtual class size has also more than doubled over the past three years: in 2016, around 55% of timetabled virtual classes had over seven participants, compared to just 5% in 2014.

Combine this larger class size with the fact that more clubs are offering more virtual classes, and that 75.7% of non-users say they’re likely to try virtual fitness in the future, and you have a market on a serious upwards trajectory.

Cardio HIIT remains the most popular category of virtual class, chosen by 67% of users, but in line with the growing interest in meditation and mindfulness, mind-body is also on the rise, now selected by 44% of users (compared to 38% in 2014).

About Wexer
Through a range of digital products and services Wexer helps club groups connect with members both inside and outside the four walls of the gym. The original product, Wexer Virtual, features world-class exercise content and allows 24h usage of group exercise and cycling studios. The gym floor product, Wexer Trainer, helps clubs activate their functional space. Wexer also offer Wexer Mobile, an app, which allows streaming of both live and pre-recorded classes as well as ‘on-the-fly’ exercise programming which can be used whenever, wherever.