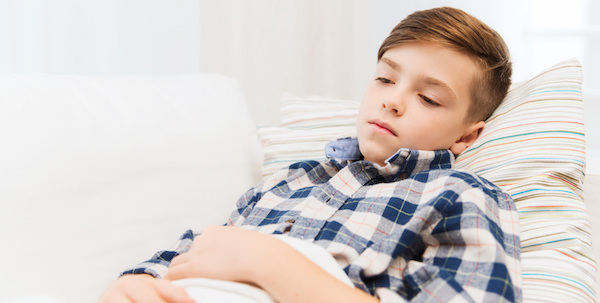 Investigations by a regional NSW paediatric surgeon have revealed that abdominal problems in children may be caused by tension in the psoas muscle.

Dr Tracey Merriman and remedial masseur Greg Hewitt have been researching whether soft tissue massage of the ‘psoas’ muscle can alleviate chronic and often debilitating abdominal pain in childhood, and have presented their research to the Royal Australasian College of Surgeons (RACS) Annual Scientific Congress (ASC) in Brisbane today.

The psoas runs at the back of the abdominal wall along the spine to the upper thigh, and Mr Hewitt had previously found treatment of the psoas corrected similar symptoms in adults.

“Chronic and recurrent abdominal pain in childhood is remarkably common, affecting an estimated 15 to 30 per cent of children worldwide,” Dr Merriman says. These children are unwell, experiencing nausea, vomiting, reflux and constipation, which interfere with their normal life and schooling. The condition often lasts for many years. Most have been taken to hospital, referred to specialists and undergone a range of tests and imaging without ever receiving a clear diagnosis or solution for their pain. Medications are trialled, but usually with little effect. In some cases, children have been operated on with no improvement. Current medical teaching suggests that once expensive tests have exhausted known diagnoses, nothing more can be done, and in up to 90 per cent of cases the child’s pain is labelled ‘functional’ or ‘all in their mind’. Our research has demonstrated for the first time that there is a real cause for all their symptoms, and it can be resolved with a non-invasive therapy without side effects.”

Dr Merriman has obtained data from 100 children who reported chronic or intermittent abdominal pain and other symptoms such as nausea, reflux, vomiting, constipation, urinary frequency and lethargy over a period of months to many years.

“The children received regular soft tissue therapy treatments of 45 minutes, allowing the psoas to stretch and regain its normal length and tone,” Dr Merriman says. “After an average of five treatments, all symptoms had completely disappeared in 83 per cent of the children, with up to two years of follow up. Another 14 per cent said they were 80 per cent better with only occasional discomfort, and there was a dramatic improvement in school attendance. The psoas sits at an awkward angle pulled across the bone, and as children are growing, and very active, it is not surprising that this muscle would tighten. Tight psoas muscles are the elusive missing piece of the puzzle. Soft tissue therapy, applied in the right spot and at the right pressure, is the answer. It can save children years of suffering and health systems millions of dollars.”