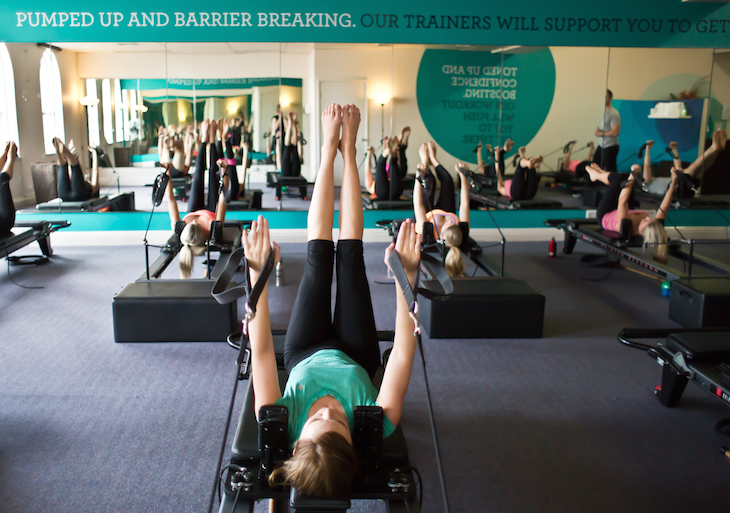 Based on the success of the business model south of the border, KX Pilates is expanding nationally, commencing with Sydney.

Founder of KX Pilates, Aaron Smith, and his life and business partner, Andi Fiorenza, moved from Melbourne to Sydney in April 2014 on a mission to open the first Sydney, KX Pilates studio by September 2014.

After doing some research, they decided on Surry Hills and within weeks had settled on a location and brought in the builders.

Smith said, “I started KX Pilates in Malvern, Victoria in 2010. In 2014 we have 12 studios in Melbourne, so I (we) have a good feel for the style of clientele and the best locations. Surry Hills was a natural fit for our brand”.

Fiorenza said, “We’re very excited to come to Sydney and launch the KX Pilates brand. Our Melbourne clients are constantly telling us that they see real results with KX Pilates, so we can’t wait to start hearing the same in Sydney, especially with summer fast approaching”.

Prior to starting KX Pilates, Smith spent time in LA and London, searching for the next best thing in fitness and came across a style of pilates called ‘Dynamic Pilates’. He spent two years as a head trainer at the exclusive Beautcamp Pilates Studio, in London’s trendy West End, working alongside A-list celebrity trainer, David Higgins. In 2009 he decided it was time to return home to Australia, determined to open his own ‘dynamic Pilates’ studio.

KX group recently won “Service Business of the Year’ at the 2014 Australian Start-up Awards. Aaron Smith was also a finalist for “Entrepreneur of the Year” at the same awards.

In the same week that the Surry Hills studio opens, KX Pilates will be recognised as a one of Australia’s 50 leading Small Businesses, at the 2014 Crowe Horwath SmartCompany Smart50 awards (being held in Melbourne, Wed 17 September).

“The KX Pilates workout speaks for itself. The buzzing studio atmosphere and exceptional service that KX offers will allow clients to feel the KX difference and personal touch that we are renowned for. Not to mention our beautiful, architecturally designed studio. We look forward to the difference we can make in Sydney, helping people get fit and healthy in a fun environment”, Smith said.