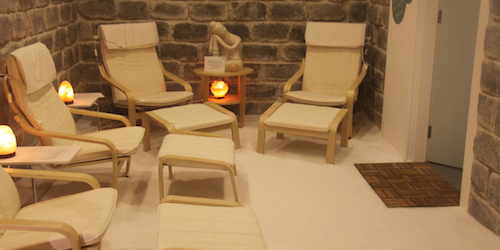 ‘Forty-five minutes of salt room therapy is equivalent to three to four days at the beach,’ says Penny Patterson, Salt Therapist and owner of The Salt Spot in Neutral Bay (Sydney).

Sitting in a room made from 250 million year old blocks of salt deposits from the Ukraine isn’t quite the same as a beachside holiday, but if you need a good dose of negative ions and don’t have the time for a beach break, here’s a great alternative.

Known as ‘halotherapy’ (‘halos’ meaning salt in Greek), the practice of sitting in salt caves to relieve symptoms of respiratory illnesses such as asthma, emphysema and bronchitis, and to improve skin conditions such as psoriasis and eczema, has been around for centuries. Penny says that the anti-histamine and anti-inflammatory properties help with psoriasis and dermatitis, and although going for a swim in the ocean is fantastic, salt therapy is the same without getting wet.

The microscopic salt particles that are released from the bricks and also via the halogenerator (the machine that crushes up and pumps the salt into the air) are absorbed in the body.

The particles act as brooms, clearing mucous from airways to relieve congestion, inflammation and allergies.

Penny is quick to point out that it’s not a cure for ailments, but rather a complimentary therapy that relieves symptoms and doesn’t contradict any medication.

It’ll take about three to five regular sessions to get the best results, but if anything, you’ll feel relaxed or re-energised, depending on your state before the session.

It’s my first session so I sit back in one of the five comfortable lounge chairs (fully clothed – the room is shared), and surrender to the mood lighting and soothing tunes, instantly relaxing.

My shoes are covered in protective slippers, more for the salt encrusted floor than for my shoes, and there’s a footstool for my feet and a blanket if I need it. As soon as I am comfortable, the door is closed and microscopic particles of salt are pumped in to the room.

The only sign that you’re breathing salty air is a very slight salty taste on your lips or at the back of your throat.

Salt therapy, not only beneficial for general health and wellbeing, improves lung function, increasing lung capacity and aids in post training recovery. ‘It started being popular with elite athletes, the Swans use the Bondi rooms, the Eels are using Parramatta and in Melbourne AFL teams Hawthorn and St Kilda are doing it,’ says Penny.

In the last few years’ salt rooms have emerged all over Australia, but all are not equal. To be true to the therapy, treatment rooms built with pure salt bricks from a salt mine such as in the Ukraine as Penny’s are 100 per cent natural, i.e., not constructed with chemicals such as glue, and douse the room with negative ions. ‘I really wanted to be true to the therapy,’ says Penny, ‘I have effectively built a mini salt cave with these blocks.’

Find out more at www.thesaltspot.com.au or scroll down to watch a video about salt therapy.

Article by Toni Krasicki for the What’s New in Fitness website. 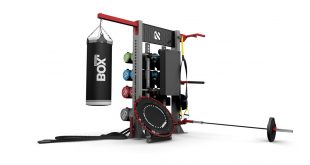 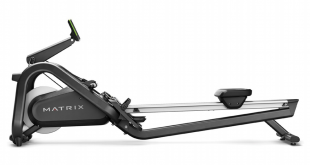 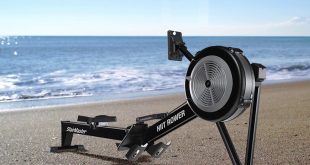 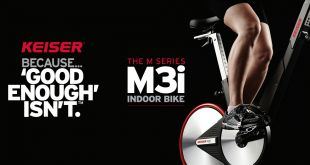 Over 20 years ago, Keiser set out to create an exercise bike that would exceed ...