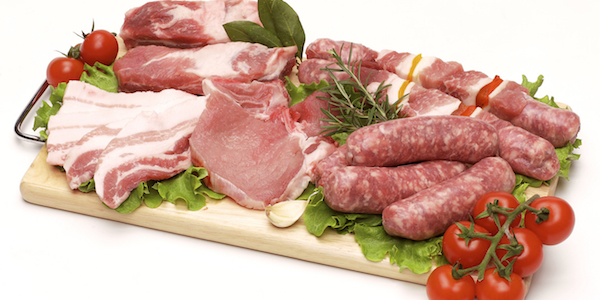 Response To WHO Statement That Processed Meats Cause Cancer

The World Health Organisation’s International Agency for Research on Cancer recent study has stated that processed meats such as bacon and sausages cause cancer and that red meat ‘probably’ does too.

Many commentators have queried why this prestigious organisation has issued such an inflammatory report. But Deborah Manners, Director of The Food Intolerance Institute of Australia is not surprised that a correlation between processed meats and bowel cancer has been quantified.

‘These foods are routinely manufactured with cereal fillers – as well as quite a lot of salt and fat’, she says. ‘And while we would never recommend eating cereals (containing glutens which are certainly implicated in bowel cancers) – it is important to look at the overall diet. For instance – a bowl of breakfast cereal or a sandwich both contain much more gluten than a sausage – and are much more frequently consumed. So they are very likely to play a much greater role in the incidence of gut disorders.’

Red meat – on the other hand is often erroneously blamed for ill health. ‘We have to ask – how did humans survive successfully without disease for more than two million years – whilst eating red meat as a staple?’ – referring to the Paleolithic or Old Stone Age era. The wider view scientific evidence – from archaeology – is that red meat is perfectly safe for homo sapiens, and further – is an essential part of his diet.

Regarding bowel cancers however – rather than pointing the finger at processed meats – we should keep in mind they are just one element of our diet.

In Australia this year more than 17,070 new cases of bowel cancer are projected (http://www.aihw.gov.au/cancer/bowel/). Although processed meats may be partly to blame for a small portion of these – undiagnosed gluten intolerance (including coeliac disease) is a much greater contributor. This is the inability to digest the glutens in wheat and other grains.

Today, around 15 per cent or one in seven has gluten intolerance, marked by dozens of seemingly unrelated symptoms. The Institute’s research says we should be looking at the bigger picture, where undiagnosed food intolerance affects around 75 per cent of Australians. And when left untreated – according to the science – leads to chronic disease such as arthritis, diabetes, depression, infertility – as well as cancers.

Deborah, reveals that she suffered first hand a range of unexplained symptoms and illnesses including serial infections, migraines, weight gain and two miscarriages. But after exhaustive research of medical journals she made the discovery that her symptoms were caused by food intolerances.

Now healthy with two adult children, she is the voice of a ‘new kind of nutrition’ in Australia. Her  experience since 2003 assisting thousands of her members travel the path of discovery to their ‘problem foods’ and become well – highlights the importance of having the correct information.