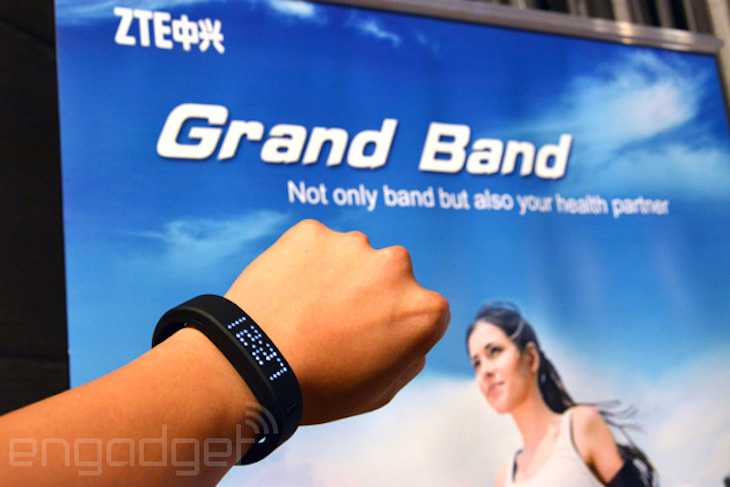 Why yes, here’s yet another fitness band from China!

Just two days after Xiaomi’s $13 Mi Band, ZTE will no doubt have a hard time getting attention for its awkwardly named Grand Band.

The company’s second smart wearable device reminds us of the Nike+ FuelBand with its dot-matrix LED screen plus the positioning of its sole button, but it uses an adjustable snap-on strap instead of the latter’s fixed-size type.

As you’d expect, the 14mm-thick, shower-friendly band packs all the common features: pedometer (with distance and calorie calculator), sleep monitor and smart alarm.

Better yet, it’s compatible with all Bluetooth 4.0 host devices running on iOS or Android 4.3 and above.

The Grand Band will be launched in China first next month, and as a “reasonable, affordable premium” product, ZTE hinted that it’ll be priced somewhere around the common 800 yuan ($130) to 1,000 yuan ($160) tier.

Hmm, looks like we’ll stick with Xiaomi’s cheaper and slimmer device – only if we can even get hold of one.