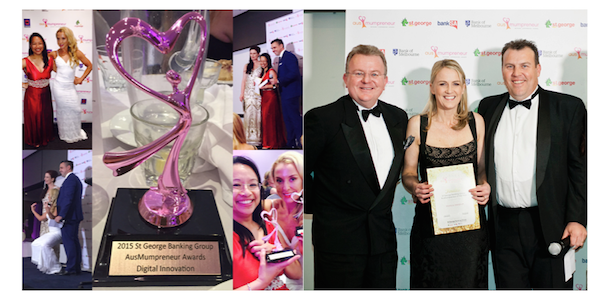 Two Australian mum-owned and run fitness businesses have been named silver and bronze winners in the Digital Innovation category at the annual Ausmumpreneur Awards.

The silver award was given to WNiF’s own magazine covergirl and owner of the PT in my Pocket app, Colette McShane (aka The HIIT mum). While bronze place went to WNiF’s own editor Analee Matthews for her online magazine that is specifically designed for health clubs, OH! Magazine.

The annual awards and conference were held in Melbourne, and attracted around 200 female entrepreneurs, some of whose businesses currently contribute millions of dollars to the Australian economy.

“Our economy is bursting with green shoots, with more than 330,000 jobs created since the Coalition Government was elected. On average, we have created 23,200 jobs per month, compared with an average of 3,600 jobs per month under the previous Labor Government.”

He added, “Women are playing a key role in this, with more in the workforce than ever before – and 171,000 more women in jobs than at the time of the 2013 election. More women than men are starting small businesses, partly due to the way technology is changing the workplace. Statistics show that over the past two decades, the number of female owned small businesses has grown by 50 per cent. I want to particularly thank the mumpreneurs for their enterprise and contribution to our economy and jobs growth.”

Monica Meldrum, co-founder of Whole Kids (healthy snackfoods) was named the 2015 Ausmumpreneur of the Year.