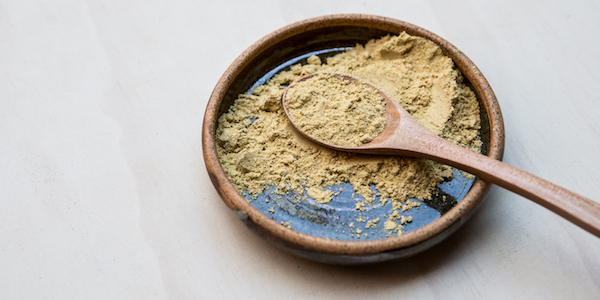 Australia’s Native Superfood Could Be The Answer To Alzheimer’s

The Kakadu Plum, a little plum grown in the Top End of Australia could be the answer to treating Alzheimer’s disease.

The Kakadu Plum, also known as Billygoat, Gubinge and Bush Plum, has the highest natural source of vitamin C of any plant in the world. It also has superior antioxidant properties.

Researchers believe that the Kakadu Plum could be one of the most powerful treatments for Alzheimer’s disease.

It is not just the elderly that can benefit from Kakadu Plum. Founder of Kakadu Plum Co. Tahlia Mandie, is putting Kakadu Plum Powder on the plates of everyday Australians, making it her mission to get more and more people aware of our native bush tucker foods.

What started as a desire and question into why Australian’s are opting for international exotic products instead of Australian products, Tahlia discovered the Kakadu Plum and knew that she needed to put it on the plates of everyday Australians.

Tahlia says: “Australia actually has the most original superfoods and oldest foods on earth, that have been used for thousands of years, and yet, so many Australians are not aware.”

Kakadu Plum Co. is also a finalist in the Health Category of the Food and Beverage Awards to be held in Sydney later this month.

Kakadu Plum Co. is also making its mission to provide a social impact in all aspects of the business, even right down to the packing company that employ people with a disability.

Tahlia says she is expanding her superfood line in the next few months. To be a finalist in these awards is the most humbling experience.

Tahlia concludes: “It is a massive acknowledgement for Australian native foods and our Kakadu Plum Powder. “Who would have thought that what started out as a small, very DIY business is now being recognised by leaders in the industry? We are so blessed.”