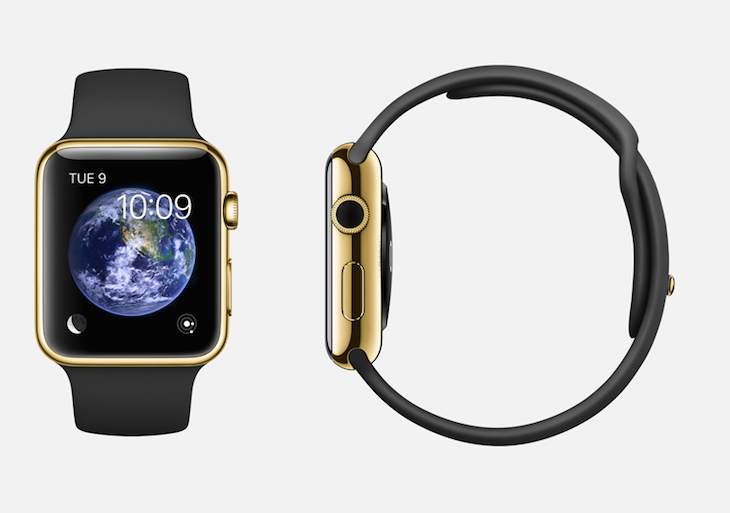 Does the Apple Watch Mean ‘Death’ of Fitness Trackers?

With the heavily anticipated release of the Apple Watch earlier this month, experts weighed in on the future of fitness trackers. Two extreme viewpoints quickly appeared.

With the heavily anticipated release of the Apple Watch earlier this month, experts weighed in on the future of fitness trackers. Two extreme viewpoints quickly appeared.

Mashable came out with an article titled “The Apple Watch Is Poised to Wipe Out Fitness Trackers.” Guess that settles it then. No need to use those Fitbits and Jawbones anymore.

But wait… this just in to the Club Industry newsroom: Live Science has an article titled “Why the Apple Watch Doesn’t Mean ‘Death’ for Fitness Trackers.”

Hurray for fitness trackers! We can keep our Fitbits and Jawbones after all!

Actually, despite its ominous headline, the Mashable article points out some of the same reasons Live Science outlined as to why there won’t be a complete obliteration of fitness trackers. The Apple Watch comes in at a cool $349, much more than fitness trackers that cost $150 or even $100.

Then there’s the issue of the Apple Watch battery life. The jury is still out on whether the Apple Watch needs recharging every day and if people will eventually take them off their wrists when they go to sleep at night, therefore disabling the sleep tracking option shared with fitness trackers. Also, are fitness goers really going to want to wear a bulky Apple Watch compared to the thin, sleek fitness tracker of their choice?

Here’s one more caveat: There could be room for both. From Live Science:

The fitness-tracker industry is trying to promote the idea that “it’s not a one wearable world,” [Dan Ledger, principal at the consulting firm Endeavour Partners] told Live Science. “This is a world where you may have and use two or more wearables.”

There is a sense, however, from the pro-Apple Watch side that despite the perceived advantages of fitness trackers, the Apple Watch will still prevail. From Mashable:

“Over time, the Apple Watch will come with most of the must-have features available in fitness trackers,” Waqas Makhdum, VP of Marketing at mobile solutions firm Kii, told Mashable. “Combine that with a rich set of third-party apps, and you can see the dedicated fitness trackers following the same fate as portable GPS devices.”

In its conclusion, Mashable says the “death” of fitness trackers will come, albeit not right away:

Although fitness trackers have the advantages of price, size and a clear audience, it’s easy to see smartwatches erase them over time as smartwatches get cheaper, smaller and more sophisticated over time. Factor in the dominant platforms of Apple, Google and others, and it’s hard to see any other future for the category but a long decline.

By Stuart Goldman in Behind the Scenes