Latest News
Home / In the news! / Which Code is the Fittest? 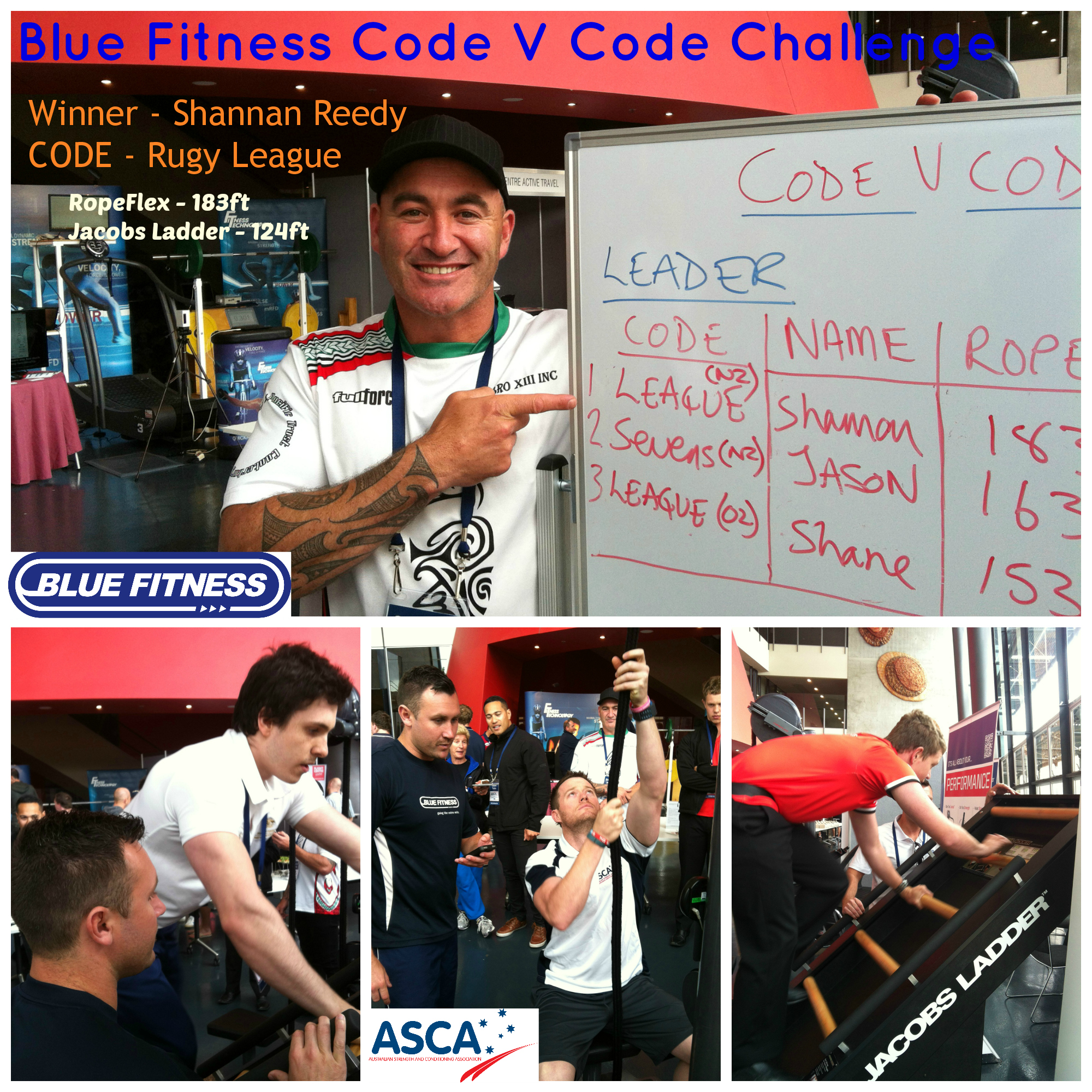 Which Code is the Fittest?

According to Blue Fitness, the answer is New Zealand Rugby League!

Blue Fitness conducted the inaugural Code v Code Cardio Challenge at this year Australian Strength and Conditioning conference at the MCG in Melbourne  to find out which Sporting Code could climb the most feet on the Jacobs ladder and the Ropeflex.

Of the codes that took part Shannan Reedy, Rugby League Strength and Conditioning coach at Christchurch Polytechnic Institute of Technology came out on top with a total of 307ft (183ft on the Ropeflex and 124ft on the Jacobs ladder).

Coaches from codes as diverse as power-lifting, touch rugby, surf lifesaving, triathlon and ice hockey competed alongside the traditional Australasian sports codes.  A few of the suppliers also had a go surprising many of the coaches with their ability.

Will the New Zealand Rudy League team show itself to be the best in the upcoming Rugby League World Cup?

Blue Fitness is the exclusive supplier of the RopeFlex, Jacob Ladder and Woodway treadmills all exhibited at the ASCA conference.

2013-11-13
admin
Share
Previous Track Your Activity and Sleep
Next Sproing Into Action!