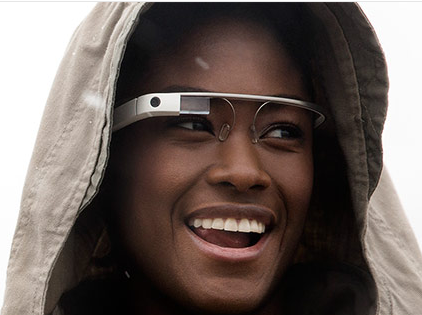 Apparel brands and digital platforms are competing to make consumer wearables that weave technology into life.

In an age where fashion continually romps through society’s wardrobes and technology governs our everyday lives, we’ve finally reached a crossroads where industry boundaries between apparel brands and digital platforms have started to blur. And consumer wearables—the bridge between these two worlds—are the catalyst for that convergence.

Known apparel and lifestyle brands like Nike, Adidas, Lululemon and others have made notable advances  into the wearable market. On the platform side, Apple has arguably become the ecosystem leader of the wearable explosion, while Google has reached wearable status through Google Glass (pictured).

More notable, however, is Under Armour’s recent acquisition of MapMyFitness—a game-changing move that has taken the cross-pollination of fashion and tech to the next level. At first glance, the business rationale behind the deal is obvious: Under Armour is now just an app away from digitally engaging and marketing to millions of active athletes—their target consumers. It’s also a meaningful step towards leveling the playing field with the über successful Nike+ digital platform.

Beyond being a sharp competitive move, bridging the worlds of apparel and cloud platforms represents a much larger opportunity. Enter wearable tech.

Under Armour has been positioning itself aggressively as an innovator in clothing technology—an image that has become intrinsic to its brand. They’ve already dabbled in smart wear with their launch of Armour39, a Polar-like bio-sensing strap with modest functionality. And they’re not the only brand to try their hand at clothing as wearable tech; Lululemon also tried its hand at connected clothing with a basic heart monitor bra. Momentum in this category is set to explode as leading brands continue to pursue bio-sensing apparel, consumer demand grows and technology continues to improve.

Once upon a pedometer

It is widely accepted that wearables are the next mobile, much like mobile was once the next PC. The lifestyle-driven wearable market is now led by three players: Nike Fuelband, Jawbone UP and Fitbit Flex and Force—each of which is, in essence, a smartly re-designed pedometer. Praise goes to the leaders and marketers driving these brands—to Fitbit in particular, the original pioneer—for turning the dry, totally uncool pedometer into a hot consumer lifestyle category.

That said, the wearable market is about to enter a very different phase, as new form factors like clothing are added into the mix and sensor-powered applications capture live human biological signals instead of mere steps.

The real opportunity for Under Armour and other apparel brands is to re-invent clothing to seamlessly bridge it with the digital world.

Clothing: the future of wearable tech

Why will clothing emerge as the dominant wearable form factor? It’s the most human and common form factor across cultures and the only type worn throughout a lifetime. Clothing also covers more of the body’s real estate and is more versatile in its structure than other mediums, allowing better access and precision in the measurement of biological functions.

In time, biometrics will be accessible through socks, underwear…you name it. Eventually consumers will expect the bra they buy at Victoria’s Secret, the shirt they buy at Lacoste, or the pants they buy at Adidas to seamlessly track their physiological signals to help them live fitter, healthier, happier lives. This bio-sensing and overall tracking aspect of garments will eventually become a baseline expectation—like electricity.

With the evolution of sensory capabilities and the multitude of lifestyle, fitness, social and health-related applications that wearables enable, lifestyle and fashion brands will have a field day with this new dimension of brand positioning and product development. This alliance between tech and fashion will also drive consumer interest in the wearable tech market as it continues to evolve.

Over time, wearables could turn what would’ve once been a one-time purchase into a highly personalized, data-driven, connected and social experience—not unlike how iPhone revolutionized the mobile experience.

Incidentally, Apple recently hired the former CEOs of Burberry and Yves St-Laurent—an early sign of the rise of fashion tech and the future fusion of both worlds.

There’s no doubt that leading digital brands will compete across the wearable value stack. Google knows it can’t be passive and let Facebook or Amazon get precious wearable sensor data into their cloud before they do. That might explain why they launched Glass, a privileged onramp to wearable-acquired data. At this point, capturing data directly at the source through their own device or developing a privileged relationship with wearable brands can be a strategic point of control for platforms.

With connected clothing, the prize could be as big as anything. It will be the first medium to deliver live and continuous biological signals at scale, holding keys to interpret—in real-time—both the emotional and physical state of millions of users. That is a scope of data that has never existed in the history of mankind.

Mining this dynamic stream of data will unearth a new level of highly personalized, individual and population-wide insights across various spheres of life. In time, wearables will enable the crowdsourcing of health, fitness and wellness. And the bigger, smarter players across industries are already making or actively working on their moves with urgency. In the coming years, they and a number of startups will bridge both worlds to literally weave technology into life.

The race is on.

Stéphane Marceau is co-founder and CEO of OMsignal, which has created a line of intelligent, bio-sensing clothing designed for everyday wear that seamlessly connects with mobile devices.

This article appeared is sourced from http://gigaom.com