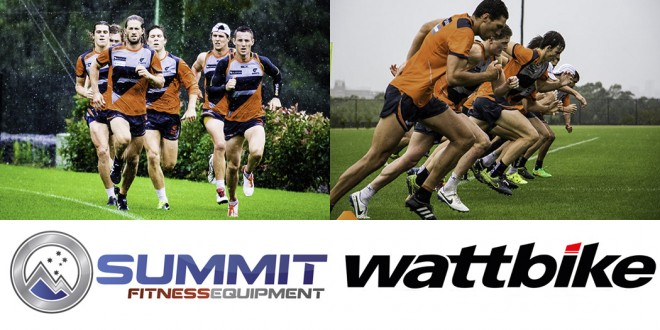 The white board in David Joyce’s office, Head of Athletic Performance for the GWS Giants reads, “Will it make the boat go faster?”

A mantra he swears by when it comes to making decisions regarding the team’s athletic performance.

“Everything that we do, everything that I do, every decision I make, has to contribute to us being the most physically dominant team in AFL history,” Mr Joyce said.

So it’s no surprise then, to find that Wattbike has been a recent addition to GWS Giants training facility and incorporated largely into their pre-season training schedule.

“When I look for equipment for our team it has to be with keeping that in mind and for us a bike like the Wattbike, well it’s fairly evident that the product’s going to aide us in our quest to become the most physically dominant team in AFL history,” he said.

Mr Joyce, also the editor and key contributor of published book “Sports Injury Prevention & Rehabilitation” has worked with some of the biggest clubs and highest levels of world sport including multiple national, world and Olympic champions.

With two masters degrees, one in ‘Sports Physiotherapy’ and the other ‘Strength and Conditioning’ Mr Joyce has worked two Olympic Games – 2008 for Great Britain and 2012 for China as a ‘Physiotherapist and Performance Coach.’

It was when working for the English Institute of Sport that Mr Joyce first came across Wattbike and he was quick to implement the bike into GWS Giant’s training schedule.

“I knew what I wanted, it was just a matter of getting the budget together and getting it.”

“It’s a terrific tool for us as it means everything is accountable, but it is also a terrific training stimulus as the boys can actually see what they’re doing.” Wattbike’s analysis software (available free with every Wattbike) provides players and coaches in depth analysis on the user’s training sessions providing ongoing performance management.

“The boys are visually focused, so when they can see immediate feedback about left versus right symmetry, or front versus back symmetry or their power output, it enhances performance.”

With a 20 week pre-season training schedule heavily based on increasing the anaerobic engine, it was important that Mr Joyce found a tool that allowed for creative ways to add in anaerobic training without causing injuries.

He found that Wattbike not only does that but also allows for cross-training injured players who are unable to run.

The Giants face a gruelling 5 day week training schedule, which incorporates a section every week devoted to bike training.

“Compared to other sports our boys train incredibly hard.”

Wattbike won’t be limited to just pre-season training, but will be a year round tool for GWS Giants.

“Wattbike will be a heavily important tool to maintain in-season conditioning.” He said.

With training loads dropping and fatigue increasing Mr Joyce believes the boys need”to sprint to stay still” and the Wattbike does just that by giving cardiovascular response and training stimulus.

GWS Giants season kicks off on 26th March when they go head to head with the Melbourne Demons at the MCG.

The Wattbike is available exclusively from Summit Fitness Equipment. For more info on their full range of commercial fitness equipment click here. 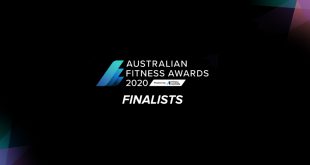 Founder and CEO of Air Locker Training, Roman Brady believes that anything is possible if ...