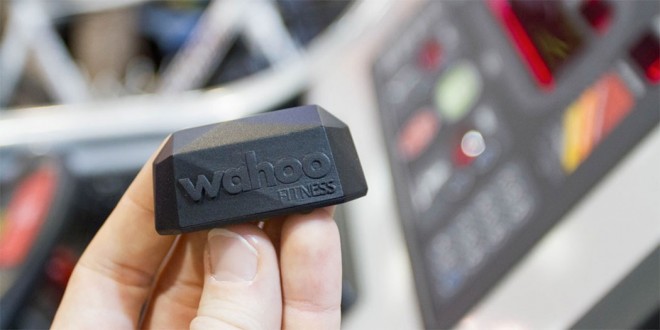 A few weeks ago at CES (Consumer Electronics Show) in Las Vegas, Wahoo Fitness announced the GymConnect System, which allows gyms (or consumers at home) to control a treadmill and get it talking over ANT+ and Bluetooth Smart to choice apps.

The product is called the GEM (Gym Equipment Module), and is designed for more than just treadmills, but for any piece of cardio equipment out there in a gym from spin bikes to rowing machines to treadmills. The GEM Retrofit Module is, according to the company: “…designed to retrofit existing treadmills with a compatible port, to provide data broadcasting and control.” The GEM OEM Module is “…sold to treadmill makers that can integrate this straight inside new treadmills, so no extra retrofit is necessary.”

DCRainmaker says that the retrofit module is “…a small pod that connects to your old-school treadmill using a CSAFE port.” (CSAFE ports are pretty much universal on commercial treadmills and are also found on some residential units. This port is basically an Ethernet RJ-45 port.)

Wahoo’s secondary target, according to DCRainmaker, is really new treadmills manufactured by companies to which Wahoo hopes to sell the OEM module. DCRainmaker says: “Major treadmill manufacturer Star Trac (distributed in Australia by Summit Fitness) has been shipping units with the OEM version since November 2015. Thus far, they’ve shipped about 10,000 modules to various customers. Additionally, Wahoo has other major treadmill brands that haven’t yet announced their agreements with the company.”