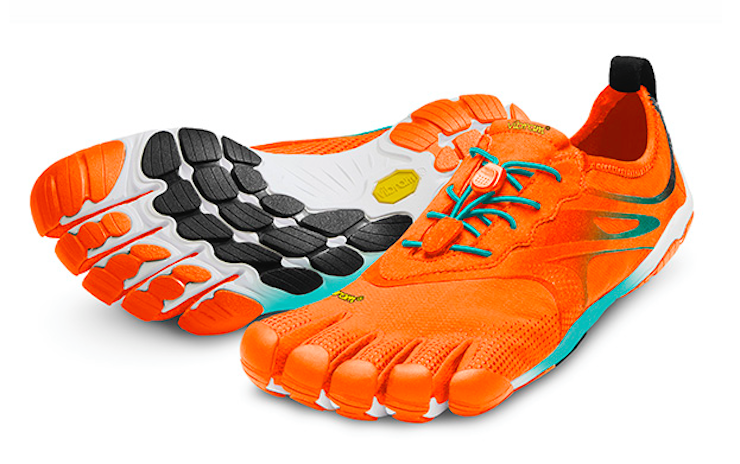 If you were one of the 70 million Americans who purchased a pair of those weird-looking “barefoot running” shoes, you may be entitled to some cash.

Vibram, the company behind FiveFingers shoes, just settled a $3.75 million class action lawsuit over false claims that its running shoe yields health benefits, Runner’s World reports. The thin-soled, flexible shoes, which cost about $100 a pair, are said to mimic the experience of running in bare feet, and thus “improve foot health” — an unsupported claim the company falsely advertised.

The lawsuit was first filed by Valerie Bezdek in March 2012. According to court filings, Bezdek claimed that Vibram deployed deceptive marketing and falsely advertised the following benefits from wearing its shoe, without basing its claims on any scientific research:

(1) Strengthen muscles in the feet and lower legs
(2) Improve range of motion in the ankles, feet, and toes
(3) Stimulate neural function important to balance and agility
(4) Eliminate heel lift to align the spine and improve posture
(5) Allow the foot and body to move naturally

But experts say barefoot running — an experience the shoes are said to mimic — may actually have a negative impact on foot health.

“Barefoot running has been touted as improving strength and balance, while promoting a more natural running style,” a position statement from the American Podiatric Medicine Association reads. “However, risks of barefoot running include a lack of protection, which may lead to injuries such as puncture wounds, and increased stress on the lower extremities.”

And now Vibram will have to foot a hefty bill.

Class action members who purchased a pair of FiveFingers shoes after March 2009 can submit valid claim forms to receive a partial refund of up to $94 per pair, although Runner’s World says the likely payout per person will be between $20 and $50, based on similar settlements in the past.

The second part of the court settlement bars Vibram from making future claims about the health benefits of its shoes.

“Vibram will not make … any claims that FiveFingers footwear are effective in strengthening muscles or preventing injury unless that representation is true, non-misleading and is supported by competent and reliable scientific evidence,” the federal settlement says, according to Vox.

Clarification: Language in this article has been changed to more accurately state that barefoot running may have a negative impact on foot health.