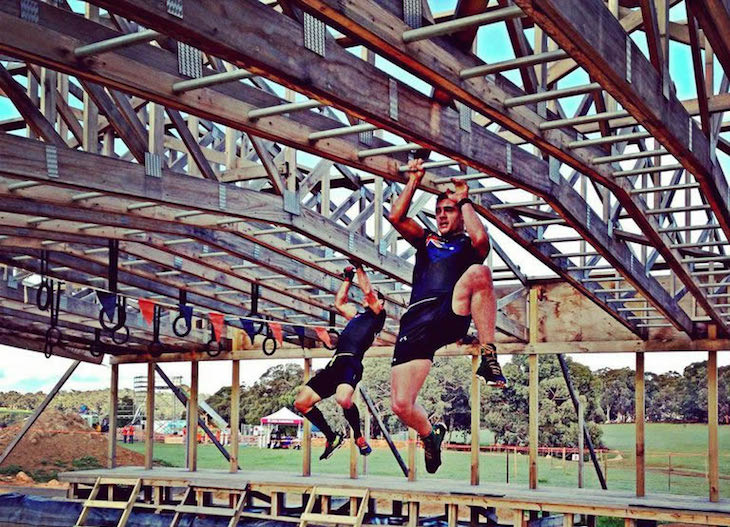 World’s Toughest Mudder is the landmark event of the Tough Mudder global calendar, and takes the concept of being a ‘Tough Mudder’ to a whole new level. Designed to push Mudders to their physical and mental limits, this extreme competition puts the world’s most hardcore Mudders through a gruelling 24-hour obstacle challenge with double the obstacles per mile of any other Tough Mudder event.

Under Armour, the world-leading brand in innovative sports apparel and footwear, has selected five of the nations most elite athletes to make up the FIRST EVER Team Australia. The team will represent Australia in the World’s Toughest Mudder, which will take place in Las Vegas, on November 15, 2014.

Applications were open nationally throughout April and May via the Under Armour Australia Facebook page, attracting hundreds of high calibre applicants from all walks of life. 135 competitors where selected to try-out for the team, with five elite athletes – each with their own unique story, making the cut.

45-year old mother of two is a true champion in every right. Having lived with HIV since the age of 24, Deanna tends to live in a space where she is consistently challenged. She has raced in the World’s Toughest Mudder in 2012 where she was the 2nd female to cross the line, 3rd overall. In 2013, Blegg took out the top spot of the World’s Toughest Mudder in the women’s division.

48-year old Clarke, an Electrician from Queenscliffe in Victoria, is no stranger to endurance racing. Having placed 5th in the World’s Toughest Mudder in 2013, Clarke was also the winner of the Outdoor Challenge in China, a four person, four day staged adventure race in 2012.

The 36-year old NSW Fire and Rescue Officer, was the winner of the 2013 Obstacle Racing League – including winning the Spartan Ultra Beast, the Sydney Tough Bloke Challenge, Call of the Beast –The Last Beast Standing, Kings of the Sand and Australia’s Toughest Nut, amongst other races. Lachlan has also participated in The 2012 World Fire-fighter Games and the 2012 The North Face 100klm Challenge, which is considered one of Australia’s toughest marathons.

28-year old Mick is an Auto Electrician from Croyden in Victoria – at the end of 2013 Mick was ranked 3rd in the Obstacle Course of Australia, and also finished in 29th place in The Spartan World Championships in Vermont, USA. Mick is also an Ironman and Marathon runner.

29-year old Luke Atkins is a Taekwondo Teacher, Motivational Speaker and Personal Trainer. His accomplishments consist of 14th place in both the 2012 & 2013 World’s Toughest Mudder, 4th and 6th respectively in the 25-29 year olds category.

The team were selected through a rigorous tryout process, dubbed ‘The Hurt Locker’, which took place in Melbourne and Sydney, and then a 24-hour special forces inspired selection process labelled O-School which saw the athletes pushed to their mental, physical and emotional limits.

Under Armour will shine a spotlight on Team Australia and support them with performance apparel and footwear designed specifically for the Tough Mudder course.

Tough Mudder inspires a true sense of teamwork and camaraderie, a challenging and rewarding experience that will unlock a sense of accomplishment unlike anything else.