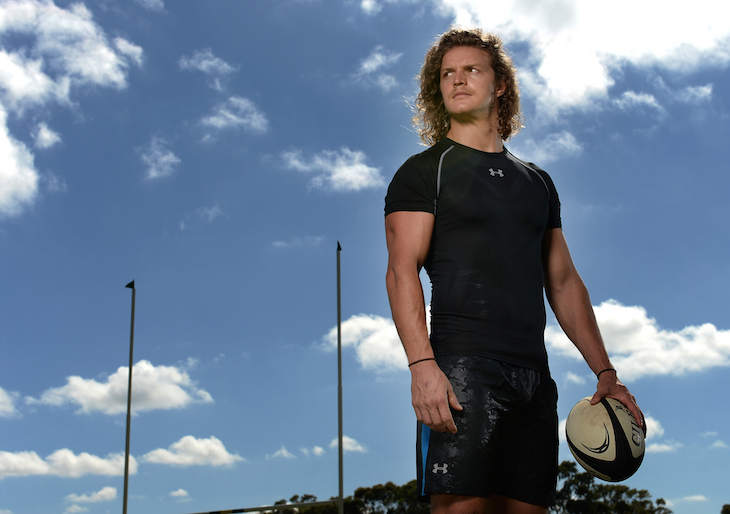 As part of the partnership, Cummins will wear Under Armour® apparel, footwear, boots and equipment.

At 27, Australian Rugby Union star Nick Cummins has become a sporting cult hero known the world over. Affectionately nick-named the ‘Honey Badger’ by fans and the media, Cummins’ strength, perseverance, and fearless approach on the field has made him one of the best wingers in the game today. Fresh from a successful stint playing for the Coca Cola Red Sparks in Japan, Cummins recently announced his return to Perth, Australia, to play for the Western Force in this year’s Super Rugby Season, with the hope of being selected to join the Wallabies squad and represent Australia in the 2015 Rugby World Cup.

“I first discovered Under Armour during the Wallabies Test Series against France last year, where I tested a pair of their ClutchFit boots,” said Cummins. “From the first time I put them on, the fit was phenomenal. Under Armour is committed to producing innovative gear with an unmatched focus on training and performance. I’m excited to be joining the Under Armour team.”

“We are thrilled to have Nick join the Under Armour family. He’s a tough athlete and a proven winner and the kind of guy you want on your team. 2015 will be a big year in the Rugby world and we’re looking forward to supporting Nick in all his pursuits.”

Will Phillips, Managing Director of Under Armour Australia & New Zealand.

Cummins has 74 Super Rugby caps with the Western Force and has played a total of 15 Test Matches for the Wallabies. He has suffered defeat only three times since making his debut for the Wallabies and his winning percentage puts him among the most successful Wallabies players of all time. The Wallabies have never lost a game when Cummins has scored a try. Amongst many achievements throughout his career, Cummins was the 2013 recipient of the RUPA Medal for Excellence award, the highest honor in Australian Rugby.

Under Armour is sold in Rebel Sport and RebelFIT locations across Australia, and online.