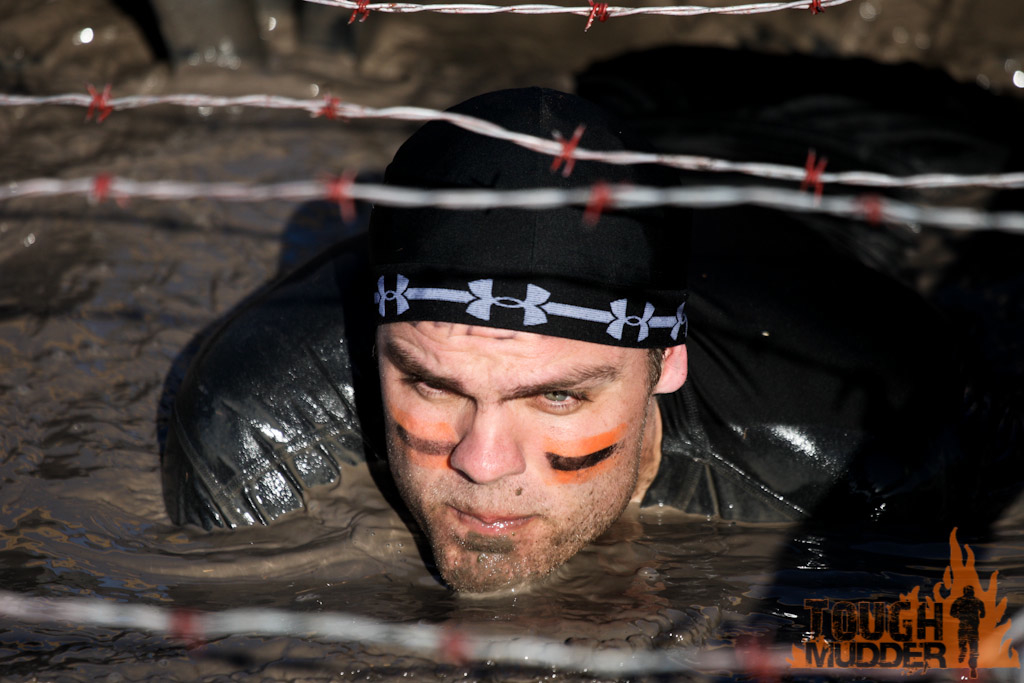 Under Armour: In search of Australia’s Toughest Mudders

Under Armour, the world leader in innovative sports apparel and footwear, has partnered with Tough Mudder, ‘possibly the toughest event on the planet’, to create the first ever Australian National Team for Tough Mudder – UNDER ARMOUR’S TOUGHEST MUDDERS.

The team will be selected through a rigorous tryout process in May and June 2014, with the chosen four athletes being named ‘Under Armour’s Toughest Mudders’.

The Team will participate in Tough Mudder events across Australia. They will then represent their nation as Team Australia at the World’s Toughest Mudder in the USA – a 24-hour course designed to test the limits of strength, stamina and mental grit.

Under Armour will support Team Australia with performance apparel and footwear designed specifically for Tough Mudder courses, and will also provide travel and accommodation to local Tough Mudder events and to the World’s Toughest Mudder.

“Teamwork, toughness and mental grit are what we’re looking for,” said Will Phillips on the recruitment process, Managing Director for Under Armour Australia & New Zealand, “We want athletes who know what it means to work together, push themselves to the brink and then keep pushing.

Commenting on the launch, Jeremy Kann, General Manager Tough Mudder said, “We are excited about the search for these Tough Mudder participants, who we can’t wait to become ambassadors of all Mudders (and Australians) on a global stage.”

Under Armour’s TEAM AUSTRALIA registrations commence 22 March to 30 April, with try outs in Melbourne (24 to 25 May) and Sydney (31 May 31 to 1 June). Applications will be accepted between March 22 and April 30 on the UNDER ARMOUR AUSTRALIA Facebook page.

Tough Mudder inspires a true sense of teamwork and camaraderie, a challenging and rewarding experience that will unlock a sense of accomplishment unlike anything else.

About Under Armour, Inc.
Under Armour® (NYSE: UA) is a leading developer, marketer, and distributor of branded performance apparel, footwear, and accessories. The Company’s products are sold worldwide and worn by athletes at all levels, from youth to professional, on playing fields around the globe. The Under Armour global headquarters is in Baltimore, Maryland, with European headquarters in Amsterdam’s Olympic Stadium, and additional offices in Denver, Hong Kong, Toronto, and Guangzhou, China. For further information, please visit the Company’s website at www.ua.com. With professional athletes such as Michael Phelps, Georges St-Pierre, Tom Brady, Sloane Stephens, Lindsey Vonn, Chris McCormack and this year’s No. 1 AFL Draft pick, Tom Boyd, already in the brand’s team stable, UA is ready to change the game down under.

About Tough Mudder
Tough Mudder LLC was founded in 2010 by Will Dean and Guy Livingstone. Designed by British Special Forces and considered “Probably the Toughest Event on the Planet,” each Tough Mudder challenge tests participants’ strength, stamina, mental grit and teamwork. In 2013, Tough Mudder hosted 53 events in the United States, Canada, United Kingdom, Australia, and Germany. In 2014, Tough Mudder will host more than 60 events in countries worldwide. For the schedule of event dates and locations, visit www.toughmudder.com.au.