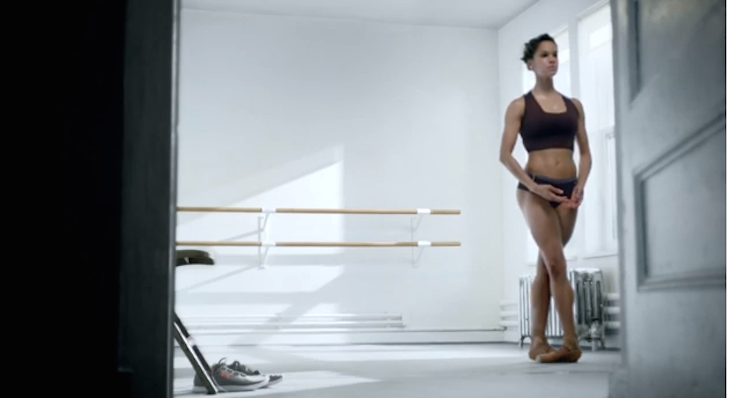 Global sportswear giant, Under Armour, is making headlines thanks to a teaser video for an upcoming campaign featuring ballet dancer Misty Copeland. The commercial has quickly gone viral with its powerful messaging and stunning choreography – in 48 hours attracting over four million views on YouTube and over ONE BILLION MEDIA IMPRESSIONS!

As one of this year’s most inspiring videos, media and consumers all over the world were quick to share their overwhelmingly positive views online and through social media, sparking worldwide conversations on female athlete stereotypes and expectations. The world’s most recognisable media outlets including The New York Times, Mashable, Time magazine and Huffington Post among the first to publish articles on the campaign.

Targeted at women, Under Armour’s catch phrase “I WILL WHAT I WANT,” promotes a healthy female body image. Laying down the foundations for the beginnings of a movement of WILL through innovation and action in an industry dominated by males, this campaign empowers girls, tweens, teens and adults alike!

Copeland, a soloist with the American Ballet Theatre, was announced as one of Under Armour’s ambassadors alongside Olympic skier Lindsey Vonn, ATP tennis player Sloane Stephens and Olympic soccer player Kelley O’Hara.

“Misty is a ballerina, she’s not a competitive athlete, but she brings a modern athleticism to a very traditional art form, and she pushes the boundaries on the status quo of the word ‘athlete’,” Leanne Fremar, Executive Creative Director of the women’s division at Under Armour explains.

The viral video features 31-year-old Copeland in an intense solo routine, focuses in on the athleticism behind the elegance of ballet. The twist is a teen’s voiceover stating a rejection letter, saying she had not been accepted into a ballet academy because of her body shape.

Copeland, who in 2007 became only the third African-American female soloist in the 74-year history of the Ballet Theatre, was told at age 13 she was ‘too old’ to be considered for a placement as a professional ballet dancer. “I was informed I had the wrong body type, had to lose weight, that I had to lengthen because I was too muscular and that my bust was too big. I was told I wouldn’t make it,” Copland reveals.

For the first time, Copeland will soon visit Australia with the American Ballet Theatre, performing in Brisbane from August 28 to September 7. Copeland is living proof that the will to succeed is greater than any set back society may throw at you and she now pushes the boundaries on the status quo of the word ‘athlete’.

“A lot of people think of dance as a frivolous thing, that you just get on the stage and twirl around, but the commercial shows the physicality of what it takes to be a dancer, and to be a professional ballerina. It gives us the respect that we are just as hardworking as any athlete,” Copeland states.

Under Amrour’s annual revenue for women’s apparel is approximately $500 million, which is half of men’s at $1 billion. The company has long contended that its goal is for the women’s segment to grow as big as, and then bigger, than the men’s.

The full campaign will be launched in Australia in October, with more stellar names to be announced. Australian women can follow the campaign via IWillWhatIWant.com and Under Armour’s free I Will What I Want mobile app.