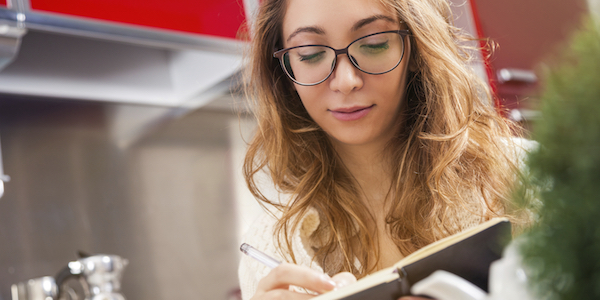 The Truth About Fructose

The sugar ‘fructose’ has been the subject of considerable media attention, most of which has been negative. Critics link dietary fructose with health risk markers such as obesity, high triglyceride (blood fat) levels and insulin resistance, and claim it is less satiating than other sugars. The fact it’s processed in the body via a different metabolic pathway is often blamed. So what IS the truth about fructose?

Where is fructose found?

Fructose is a type of carbohydrate naturally found in fruit, fruit juice, vegetables, syrups (such as maple syrup) and honey.

Fructose also makes up half (50 per cent) of sucrose, or ‘table sugar’ (the other 50 per cent is glucose). In Australia, foods such as biscuits, cakes, chocolate and lollies, and sweetened beverages such as carbonated soft drinks and sports drinks, contain added sucrose – of which fructose is a part. Highly-processed foods such as these are major dietary sources of fructose in Australia.

In some countries, high fructose (55 per cent) corn syrup is used to sweeten foods, whereas in Australia, manufacturers use sucrose (cane sugar) and glucose syrup (from wheat).

So is fructose really a problem in Australia?

Some studies suggest the source of fructose in foods – whether naturally present or added –could make a difference. That is, high intakes from added sources may adversely affect body weight, insulin sensitivity, and blood lipids – but this pattern is not seen with naturally-occurring fructose. However, results are not consistent between studies[i].

Like most nutrients or food components, the quantity we eat or drink is key. Most of the research looking at the effects of fructose has used very high doses of pure added fructose – much more than what people would typically eat.

Research tells us that a moderate fructose consumption of ≤50g/day or around 10% of energy has no adverse effect on lipid and glucose control[ii]. Similarly, ≤100g/day does not influence body weight. In other words, to be harmful to health, people would need to eat at least 50g of pure fructose on top of their regular diet. The reality is that few Australians eat pure fructose, let alone in the amounts required to cause adverse health problems.

How much is too much?

There are no specific recommendations for fructose intake, but there are for free and added sugars in general.

The World Health Organisation (WHO) recommends cutting free sugars (which includes added sugars, honey, syrups and fruit juices) to less than 10 per cent of total energy (or kilojoule) intake, preferably 5 per cent. For an adult eating around 8,700 kJ a day, this means no more than 51g, which is about 13 teaspoons a day. Children, who have lower energy requirements, would need to eat fewer teaspoons to meet WHO recommendations.

The latest Australian Health Survey[iii] tells us that in 2011-12, Australians were eating, on average, 60g (about 14 teaspoons, or 10.95% of energy) of free sugars a day. But this is an average – and some people, including children and teenagers, are eating a lot more.

Some anti-sugar advocates warn against fruit, due to its fructose content.

But many Australians need to eat more fruit, which contains naturally-occurring sugars including fructose and glucose, along with important nutrients like fibre, vitamins, minerals and phytonutrients. In fact, the dietary fibre in whole fruit helps to fill us up, which prevents us from eating too much. So we only obtain a small amount of fructose from fruit, which is not going to blow the fructose budget. Our most recent National Health Survey found just 52 per cent of Australians meet the minimum recommendations for fruit (two serves per day for most adults)[iv].

In line with the recommendations of the Australian Dietary Guidelines, the Dietitians Association of Australia (DAA) recommends limiting fruit juice and dried fruit. If you have these, choose juice with no added sugar and limit this to no more than 125mL/day, and eat dried fruit only occasionally. Both are concentrated sources of sugars, and are easy to overconsume.

A note on fructose malabsorption

Some people have difficulty absorbing fructose in their small intestine, which can result in side-effects such as bloating, abdominal distention and wind. A hydrogen breath test can be used to diagnose fructose malabsorption. Limiting foods with fructose, such as by following a low FODMAP diet, can improve symptoms. For people who are concerned about fructose malabsorption, DAA recommends seeking advice and support from a health care professional. For example, an Accredited Practising Dietitian can assess an individual’s diet and provide tailored dietary advice (including guidance on a low fructose diet), while also ensuring nutrition needs are met.

Limiting added sugars is the key

DAA believes all added sugars need to be the focus. That is, people should aim to limit added sugars (such as glucose/dextrose, sucrose, rice syrups etc), including (but not only) added fructose.

Table sugar, or sucrose, is made up of glucose and fructose (50:50) and is in fact a huge contributor to fructose consumption. Many people use it at home and it’s also used to sweeten many commercially-produced foods, such as cakes, biscuits and sweetened breakfast cereals.

Sadly, recent figures[v] indicate that Australians are consuming nearly a third of their daily energy (or kilojoules) form discretionary foods, which includes foods containing added sugars. And 75 per cent of 9-18 year olds currently get more than 10 per cent of their kilojoules from added sugar, but fail to consume even the minimum recommended quantities from other core food groups such as fruit, vegetables, wholegrains, milk, cheese or yoghurt.

So the key issue in Australia is ‘added sugars’, rather than fructose. A total avoidance of fructose, as recommended by some anti-sugar crusaders, is unnecessary.

Focussing on a single ‘dietary villain’ is easy, but the concept has major flaws. You don’t need to avoid sugars (or fructose) completely for good health, but it’s sensible to limit intake of foods which contain added sugars (whether that be fructose, glucose, sucrose or any other form of added sugar), and also provide little or no nutritional value.