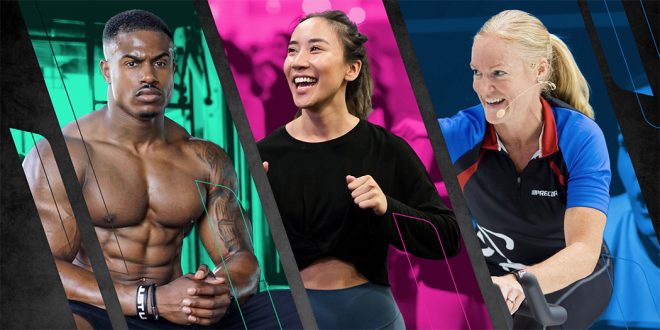 The Fitness Show – Uniting The Industry

The Fitness Show returns, uniting the industry in Sydney on April 12th-14th 2019 to showcase the latest in health and fitness.

Australia continues to have a huge appetite for fitness, and it’s predicted that by 2022/23 the fitness industry revenue will grow to AU$2.4 billion, which means it’s never been a better time for The Fitness Show to enter into its 14th year.

The Fitness Show (held in Sydney this April, and later in the year in Brisbane, July 13- 14 and Melbourne, October 26-27) brings together the latest in fitness education, technology, health foods, sports nutrition, group fitness and fitness apparel.

For fitness professionals, the event provides a platform to meet face-to-face with fitness and health business owners and expand professional networks.

Since its beginning in 2009 (at that stage only in Sydney) The Fitness Show has seen incredible growth, and in 2014 launched into Melbourne, and in 2015 Brisbane. From the period of 2009 through to 2013, the show grew in revenue and profitability by over 200%.

The visitor numbers have also significantly increased year on year, increasing from 6,000 in 2009, to 34,000 in 2013. Steady growth has continued since, and it’s expected that this year will see more visitors than ever walk through the Fitness Show’s doors, both from a trade and consumer perspective.

Director of The Fitness Show, Shaun Krenz, says the event is the perfect showcase, and launching pad, for the biggest fitness trends and brands emerging in 2019.

Seen as a launchpad for exhibitors, The Fitness Show has resulted in great success for businesses like EHPLabs, which started its journey at the show on the smallest stand and went on to hold one of the biggest stands at the show. EHPLabs are now one of the more well recognised brands in the marketplace.

“Companies like Reebok and Lorna Jane have also commented that the shows are critical in helping them maintain their status within the industry. They use the events as a platform to engage all of their core segments with exclusive product launches. Life Fitness, the leaders in the commercial equipment category, consider the event to be without question the most specific and successful marketing activity that they do.” Krenz added.

The Fitness Show is set to be the unmissable event of the year for those wanting to be at the forefront of the trends in the health and fitness industry.

If you work or own a business within the fitness, health and wellness industry you can register for a complimentary pass to attend the Fitness Show Sydney. Just make sure to register before April 10, via the button below.