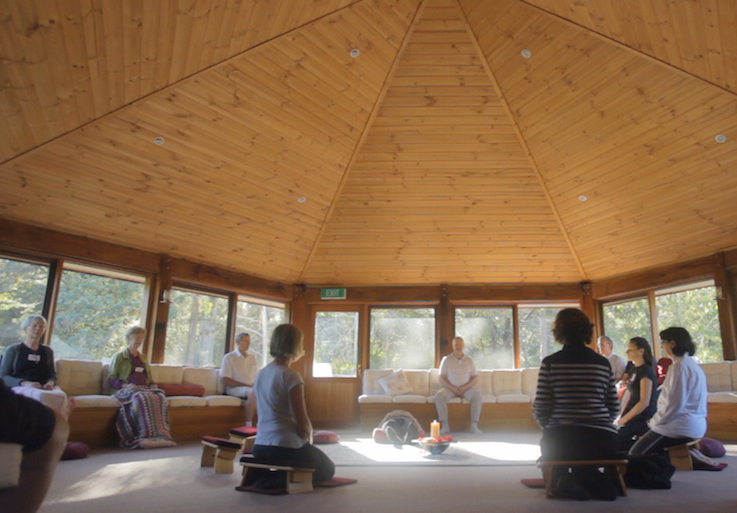 The Connection is the film proving we have more say in our health outcomes than we ever thought possible.

The Connection from filmmaker Shannon Harvey is the film proving we have more to say in our health outcomes than we ever thought possible and will premiere in Melbourne and Sydney with expert guest panel Q&A sessions in September and be released on DVD and digital download in October this year.

A unique and compelling investigative film, The Connection reveals how frontier research is proving that there is a direct connection between our mind and our health.  The film features a line-up of internationally recognised, world leading scientists including Dr. Herbert Benson, researchers including Dr. Dean Ornish, writers including Dr. Jon Kabat-Zinn and doctors including Dr. Andrew Weil as well as remarkable true stories of people adding mind body medicine to their healing toolkit to recover from severe back pain, heart disease, infertility, cancer and multiple sclerosis, such as Professor George Jelinek, a Professor of Emergency Medicine, who has recovered from multiple sclerosis and Ian Gawler OAM who recovered from an aggressive form of bone cancer against the odds.

One in two people will be diagnosed with a chronic illness in their lifetime.  Tests are ordered, drugs or surgeries are prescribed; but often little is offered by way of explanation or cure.

Filmmaker Shannon Harvey, a former ABC and metropolitan TV, radio and digital journalist was one of them.  At 24 years old she was diagnosed with an autoimmune disease.  Her immune system had become hyperactive and was attacking normal, healthy tissues.  Her muscles and joints were inflamed and she was told if her disease progressed she could end up with organ failure, or wheelchair bound.

In search of a cure when drugs didn’t work, Shannon turned to diet, exercise and alternative therapies.  But she was still sick.  There was one thing she did know.  When she was stressed, she got worse and with a background in journalism, Shannon sought answers in pioneering science.  She soon realized that in order to change her health she needed to change her mind.  The Connection is the film Shannon wanted to see when she got sick.

While the science is complex, the solutions for people suffering with illness are astonishingly simple.  The film shows that we can counter the harmful effects of stress with an equally powerful relaxation response triggered through specific techniques such as meditation.  It shows that emotions can impact the course of an illness for better or for worse and could even be the difference between life and death.  The film explains the mechanisms behind belief, which scientists now know contributes 30 to 50 percent of the effect of any known biological cure and explores how scientists at the cutting edge are now learning that the mind can even influence the expression of genes and the rate at which we age.
In the age of chronic illness, where diseases our grandparents have never heard of are becoming common including autoimmune disease, depression, and metabolic syndrome – the chances are you know someone, or you are someone who is sick.

The Connection is for people who have tried everything.  It offers answers and proves that you can change your mind, change your health and change your life.

The Connection will premiere in cinemas in Melbourne and Sydney as per below and be available to purchase on DVD and digital download from www.theconnection.tv from October 1 2014*.

The Connection Melbourne Premiere
Date: Monday 4 September 2014
Time: 7.45pm for an 8.00pm start
Location: Village Cinemas Rivoli, 200 Camberwell Rd, Hawthorn East
Q&A Expert Panel: Shannon Harvey (filmmaker), Dr Craig Hassed (who has a ground breaking body of work on the application of integrative and mind-body medicine and has raised the bar in the teaching of modern medicine), Professor George Jelinek (a leading academic in Emergecy Medicine who cured himself from multiple sclerosis) and Scott Stephens (who recovered from Stage 4 melanoma despite the odds).

Tickets for both screenings are available now from http://www.theconnection.tv/screenings/

All proceeds raised from these two screenings will be donated to The Gawler Foundation.

Ian Gawler, Founder of The Gawler Foundation, who recovered from bone cancer and was told by doctors he had weeks to live, also features in The Connection.  The Gawler Foundation is committed to an integrated approach to health, healing and wellbeing that includes body, mind and spirit. Since its establishment in 1983 people living with cancer or multiple sclerosis and their families have turned to The Gawler Foundation for lifestyle-based educational retreats, programs and support services. Their mission is to help improve the recovery outcomes and quality of life for people challenged by cancer or multiple sclerosis and to teach lifestyle practices which assist the prevention of illness.  The Gawler Foundation is a not for profit organisation which values the commitment of its members and relies on community support for funding.