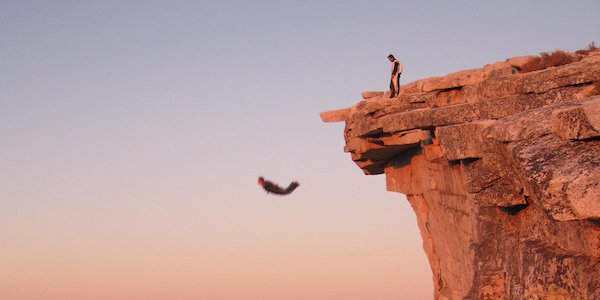 STILL - When We Were Knights

The Telluride Mountainfilm festival will tour Australia and New Zealand for the first time in 2017. The inaugural tour will focus on the best outdoor adventure films from the annual festival in Telluride. The tour will launch on 10 February 2017 at St.George OpenAir Cinema, situated on Mrs Macquaries Point against a backdrop spanning the Opera House, Harbour Bridge and Sydney city skyline.

The Mountainfilm World Tour will tour 15 locations across Australia and New Zealand throughout February-April 2017. As a launch tour, we are hoping to reach an audience of more than 10,000 attendees, with further capacity available if demand exceeds expectations.

The Telluride Mountainfilm festival is one of America’s longest-running and most loved film festivals. Through the years, in and out of trends and fads, the festival has always been best described by one unchanging word: inspiring.

The experience of the Telluride Mountainfilm is like no other. People walk away buzzing with excitement, energy and anticipation. They are inspired to take on the world and experience all that it has to offer. We want to give you the opportunity to be part of that experience.

To see a sneak preview, click here or to view the tour schedule head online. Following the Australian schedule, the tour will then carry on to New Zealand with screenings in Auckland, Christchurch and Dunedin.