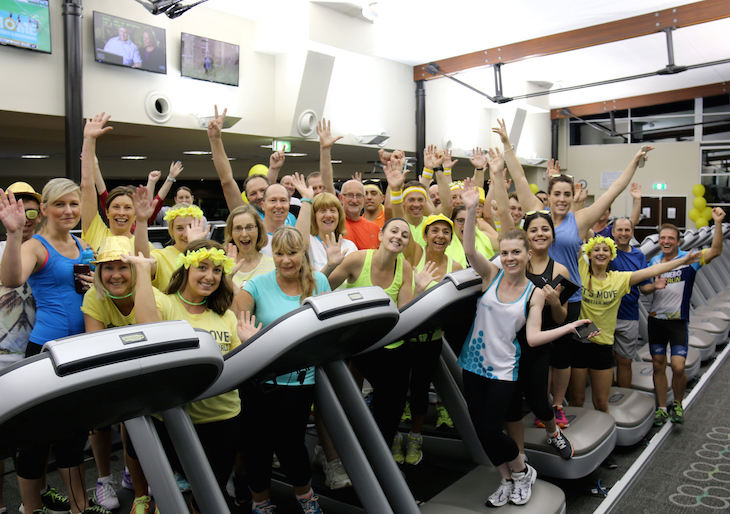 The second edition of the ‘Let’s Move for a Better World’ campaign called on fitness facilities to donate physical activity towards a good cause. This included encouraging local communities to become more active and promoting wellness education in local schools.

Over 79,000 people in 356 fitness clubs across 17 countries participated in the social challenge, collecting more than 300 million MOVEs (Technogym’s unit of measure for movement). Within Australia, 16 facilities took part, gathering almost 9 million MOVEs between them. This made Australia the 10th most active country right after Switzerland and before Norway.

Sydney’s premier club Aquafit took the top spot with over 4 million MOVEs, becoming the 13th most active facility in the world. Kristen Green, General Manager at Aquafit, commented: “We are proud of this outstanding achievement and we want to thank our members and Campbelltown’s local community; thanks to whom hundreds of students at Ambarvale High School will benefit and be able to embrace a more active lifestyle”. Ambarvale High will be the lucky recipient of Technogym equipment, along with educational seminars and training sessions to the value of $50,000.

Another two not for profit institutions in the country will benefit from $10,000 each in equipment and education, thanks to the effort of second and third placed challengers, this time in Victoria and Queensland. In fact, defending titleholder WaterMarc Banyule classified second this year with 1.6 million MOVEs and Evoke Fitness Mackay ensured themselves the third spot by reaching 1 million MOVEs.

Technogym commented: “Wellness is the ethos that drives Technogym forward. We believe that physical exercise is a powerful form of medicine that in turn leads to a happier and more balanced life. We are committed to working with our partners and customers in advancing the agenda for wellness and the ‘Let’s Move for a Better World campaign’ – powered by the Challenge app on Technogym’s mywellness cloud – was the perfect opportunity to encourage better lifestyles at a grassroots level.”

Well done to all the Aussie MOVERS! To find out more use the enquiry form below.