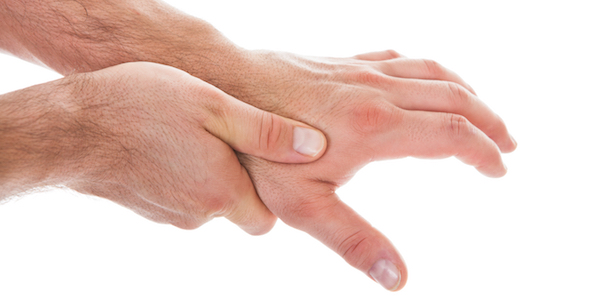 An Australian rugby code ‘Oztag’ branded as a safe alternative to higher-contact sports has been deemed a high-risk for hand injuries by Sydney hospital specialists.

An audit into the prevalence of Oztag-related hand injuries presenting at Concord Repatriation General Hospital (CRGH) found that the ‘tag’ tackle, which involves players running at speed with outstretched handsmeant that the pattern of these injuries was complex and often involved fractures which required operative management.

The study is detailed in the latest issue of the Australia and New Zealand Journal of Surgery (ANZJS),the peer-review publication of the Royal Australasian College of Surgeons (RACS).

The retrospective review looked at patients presenting to CRGH Emergency Department with an Oztag-related hand injury from January 2011 to October 2013.

Twenty-eight cases were identified, mostly young males with thumb injuries such as fractures, dislocations and ligament damage and combinations of these. Researchers found there were four times as many fractures occurring as a result of tackling injury than any other mechanism. Injured patients then tended towards a higher number of outpatient clinic visits and longer duration of treatment. Other studies have pointed an average of 5.8 days off per injury.

While presentations were low according to electronic records, researchers acknowledged that the study could significantly under-represent the true incidence of Oztag-related hand injuries given the parameters of the study.

Plastic and Reconstructive Surgeon Mr Steve Merten wants players and organisers to be aware of the potential dangers of the ‘low-contact’ sport.

“While the overall prevalence of Oztag-related hand injuries is low, the occurrence of these injuries in a young working population raises concern,” Mr Merten said. “Oztag is widely considered to be safer than its higher contact counterparts. However the act of running with hand and fingers in full extension, attempting to remove tags from the shorts of evasive opponents, bears inherent risk .”

The ANZ Journal of Surgery, published by Wiley-Blackwell, is the pre-eminent surgical journal published in Australia, New Zealand and the South-East Asian region for the Royal Australasian College of Surgeons. The Journal is dedicated to the promotion of outstanding surgical practice, and research of contemporary and international interest.

About the Royal Australasian College of Surgeons (RACS)

RACS is the leading advocate for surgical standards, professionalism and surgical education in Australia and New Zealand. The College is a not-for-profit organisation that represents more than 7,000 surgeons and 1,300 surgical trainees and International Medical Graduates. RACS also supports healthcare and surgical education in the Asia-Pacific region and is a substantial funder of surgical research. There are nine surgical specialties in Australasia being: Cardiothoracic surgery, General surgery, Neurosurgery, Orthopaedic surgery, Otolaryngology Head-and-Neck surgery, Paediatric surgery, Plastic and Reconstructive surgery, Urology and Vascular surgery.