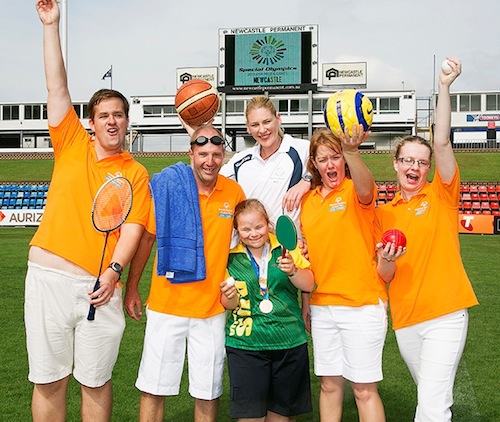 Up to 2,500 athletes, coaches and carers from 32 nations will take part in the first Special Olympics Asia Pacific Games, being hosted in Newcastle NSW from 30 November to 7 December 2013.

Athletes with an intellectual disability will compete in a diverse range of sports including athletics, basketball, bocce, badminton, cricket, football, table tennis, ten pin bowling and swimming at seven venues in the Newcastle/Hunter region.

The event will be the largest held in regional Australia this year and is the first time Special Olympics athletes have competed in an Asia-Pacific Region Games.

A spectacular Opening Ceremony will be held at Hunter Stadium on 1 December, with performers including  Anthony Callea, Iva Davies, Marcia Hines, Silvie Paladino, Doug Parkinson, Darren Percival  and Marina Prior.

To book Opening Ceremony tickets or find out more go to www.soapg2013.com