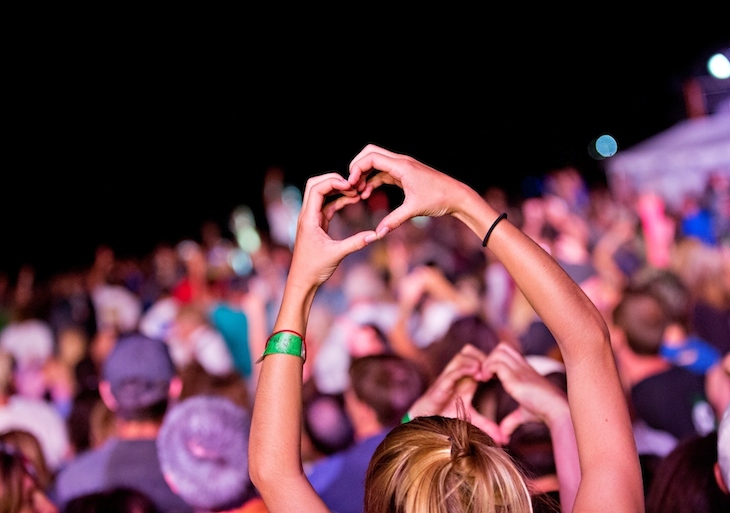 Soulshine – Bringing Yoga and Music Together

Soulshine is a unique event, where you can enjoy a one-hour yoga jam before an awe-inspiring four-hour concert!

“The Soulshine Festival is about coming together to celebrate life—the life of our planet—and the power we all have to make a difference.”  – Michael Franti

In addition to Michael Franti  embarking on a massive national tour next March and April with his band Spearhead, he will also be introducing Soulshine, which is his own music and yoga festival, to Australia after its successful launch in Bali and the US.

Soulshine is a first of its kind tour bringing together, bands, fans and yoga into one truly awesome jam.

Michael Franti’s Soulshine will take place at Bluesfest on Easter Monday as well as in Melbourne on Thursday 2nd April and Sydney on Sunday 5th April and will feature the man himself, with his band Spearhead, Reggae Superstars SOJA and eclectic singer-songwriter Trevor Hall.

For those who choose the Yoga + Event ticket option, the class is for all levels, ages and participants in the yoga component can also just enjoy the acoustic grooves provided by Michael Franti, his guitarist Jay Bowman and friends during the yoga jam session.

THE YOGA: This is a special opportunity to practice yoga with 100s of like-minded people, and alongside Michael Franti, who is not only an incredible musician and humanitarian but also an experienced yogi.

This unique, one-hour acoustic yoga jam will feature an inspiring yoga teacher to lead an energetic and soulful flow class for yogis of all experience levels, ages, shapes and sizes. It doesn’t matter if it will be your first time on the mat or if you are a seasoned professional, this class is all about experiencing new heights of yoga fun. If you don’t want to participate, that is not a problem, you are welcome to just hang out and enjoy the great music and atmosphere. BYO yoga mats!

Watch the video below to see Michael Franti at Yoga on the Rocks:

SYDNEY: Honza and his wife Claudine Lafond will be leading the pre-concert yoga session in Sydney. The desire to invite others to follow their bliss, has led them to the creation of YogaBeyond®, and the practice ACROVINYASA™, a highly transformative and inspiring stream of yoga.

MELBOURNE: Chris Wilson will be leading the pre-concert yoga session in Melbourne. Chris is a Masterful Teacher and co-owner of Power Living Melbourne. He see’s teaching yoga as a chance to hang out with friends, paddle out of the comfort zone, and dive deep into the bliss that we’re made of. Chris typically teaches dynamic, powerful, liquid flowing classes that leave you floating on a cloud.

SOULSHINE Melbourne & Sydney tickets on sale from 9am on 14th November 2014.

There are some great live artists in the world whose performances really stamp themselves on your memory and they don’t get much more memorable than Michael Franti & Spearhead.

One of the most positive and conscious artists in music today, Michael Franti’s musical journey started with his Punk and Hip-Hop beginnings in his bands ‘Beatings’ and ‘The Disposable Heroes of HipHoprisy’ (who toured with U2 and Public Enemy). Although Franti’s sound has changed over time, he aims to make music that will stay relevant.

Singer, songwriter, guitarist and philanthropist, Franti knows all about the power of music, along with his band Spearhead they have earned a reputation for the communal spirit they create with their extraordinary live shows and festival performances over the years have been no exception.

The founder of the Do It For Love Foundation brings pleasure to many by gifting people who are living with advanced stages of life-threatening illnesses, with once in a lifetime live concert experiences… don’t miss another series of uplifting, soulful experiences courtesy of Michael Franti & Spearhead nationally in 2015.

In time for the Australian Soulshine tour, SOJA has released their fifth studio album Amid the Noise and Haste featuring the single ‘I Believe’ co-written by and featuring Michael Franti and Nahko. Over the course of the past few years, the band has sold more than 200,000 albums, including their critically acclaimed 2012 album, Strength To Survive (ATO Records), which made an impassioned call for unity and change with universally relatable songs about faith, hope and love. Non-stop touring, headlining and selling out large theatres in more than 20 countries around the world, sharing stages with everyone from Dave Matthews Band to Damian ‘Jr Gong’ Marley, has helped generate over 60 million YouTube views, 3 million Facebook fans, and an almost Grateful Dead-like international fan base that grows with each tour, with caravans of diehards following them from city to city. Most impressive of all, SOJA has accomplished all this on their own. We welcome back SOJA after their highly acclaimed Australian tour in 2013.

Trevor Hall realised at a very young age that music was more than just a passion. As an 11 year old, playing harmonica beside his father in the cradle of the weeping willows of South Carolina, music quickly became his most intimate companion, guide and creative outlet. Trevor’s music is an eclectic mix of acoustic Rock, Reggae and Sanskrit chanting and he quickly broke through the music scene, with such early accomplishments in his career as having a song recorded on the Shrek the Third soundtrack, as well as joining a series of sold-out tours with artists such as Steel Pulse, The Wailers, Jimmy Cliff, Matisyahu, Michael Franti, Nahko and Colbie Callait.  Trevor’s self-titled, first album debuted on Billboard’s Heatseeker chart at #7 in 2009, he was named one of the Top 20 New Artists by Music Connection magazine, and in 2010 MTV named him one of the twenty emerging artists for 2010. His most recent album, Chapter Of The Forest (2014) debuted at #3 on the iTunes singer-songwriter chart and #17 on the iTunes overall albums chart.

Click here to watch ‘Wish Man’, the first single from Chapter Of The Forest trevorhallmusic.com

2014-11-14
admin
Share
Previous Is Your Activewear OnTheGo?
Next Oakley Athletes Reveal Their Future of Sport Vision