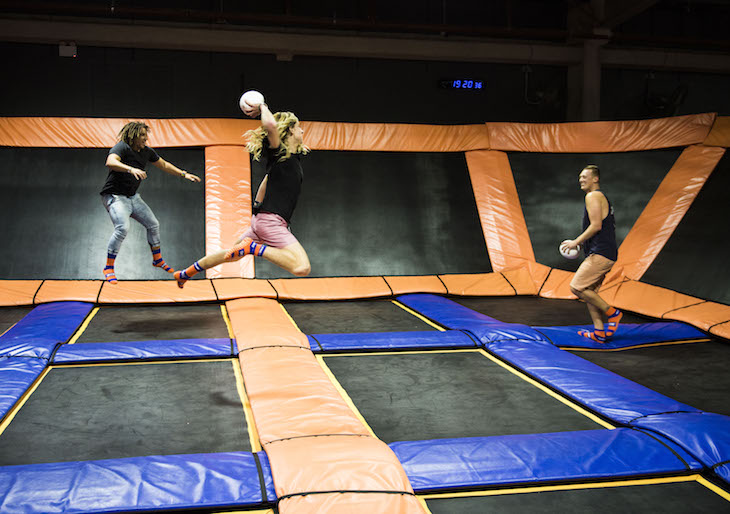 Sky Zone boasts hundreds of trampolines, all connected to form one massive trampoline that literally allows you to jump off the walls, and partnered with Red Bull to host the inaugural 2015 Annual Wall Running Competition on behalf of the AWA (Australian Wall-Runners Association) and the Air Skate Showcase, the first of a yearly tradition. Sky Zone Australia’s Chief Operating Manager, Blaise Whitnish said:

“Wall Running is an artistic sport that Sky Zone fully supports. We saw some amazing talent at the Big Air Festival and we’re pumped to make this an annual event. We look forward to hosting more events of this nature and watching this extreme sport increase in popularity at Sky Zone!”

Wall Running is similar to parkour…but with a trampoline. It combines the thrill of racing up a wall vertically with tricks, flips and twists. With interest from budding Wall Runners from across the country, the AWA held heats and the top six entrants from Brisbane, Canberra and Sydney were flown in to battle for first place at the Grand Final in Sydney, Alexandria.

For more on Sky Zone Australia and its other wicked activities and programs, click here, and check out the video below highlighting the celebrations.