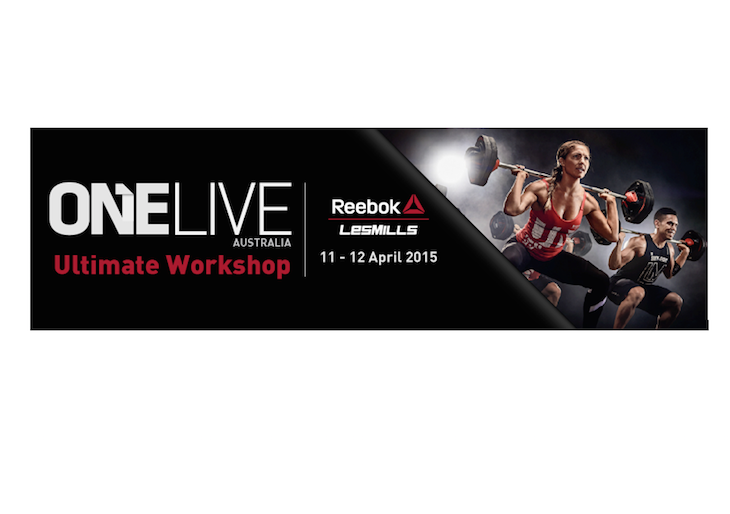 Reebok And Les Mills Announce ‘One Live’, A First Of Its Kind Global Fitness Tour To Take Place In 2015

Reebok and Les Mills are creating a series of festivals that will see mass-participation group workouts around the world. The two pioneers of group fitness are providing this unique fitness tour for consumers to experience the power of group exercise in a unique setting.

The Reebok Les Mills ONE LIVE is a tour of large-scale festivals that will see crowds of up to 6,000 people working out in unison at iconic venues across the world with pumping music and state of the art lighting. The ‘ONE LIVE’ tour kicks off in Glasgow, Scotland on 14 March 2015 and will make stops in Melbourne, Dubai, Stockholm, Tokyo, Montreal and Chicago.

Les Mills International chief executive Phillip Mills says ONE LIVE is an opportunity to amplify the buzz of group workouts to a much wider global audience.

“We’re turning the dial up at our instructor events, taking them to the next level and opening them up to anyone who wants to share in the energy of big group workouts. ONE LIVE is going to be the hottest new trend in fitness events.”

Reebok Brand President Matt O’Toole says that in just the second year of this long-term partnership with Les Mills International, ONE LIVE is another example of Reebok and Les Mills challenging the status quo of fitness culture.

“We believe fitness is a way of life, and by working with partners such as Les Mills to create events like ONE LIVE we can provide the motivation for people to be more active – physically, mentally and in their own communities. We are taking fitness to the people in a way that hasn’t been done before.”

Featuring iconic Les Mills group workouts such as BODYPUMP®, BODYCOMBAT® and RPM™, ONE LIVE events will also include innovations such as a talent search for the world’s best Les Mills instructors. Known simply as ‘The One’, qualified Les Mills instructors will be invited to submit video examples of themselves leading workouts. The best of these will be invited to compete at their local ONE LIVE event. The winner from each event will go on to represent their region in a grand final at the Sweden ONE LIVE event in October. The grand final winner who is crowned ‘The One’ will be flown to Auckland, New Zealand to participate in Les Mills Masterclass filming in 2016.

To find out more, submit your enquiry below.