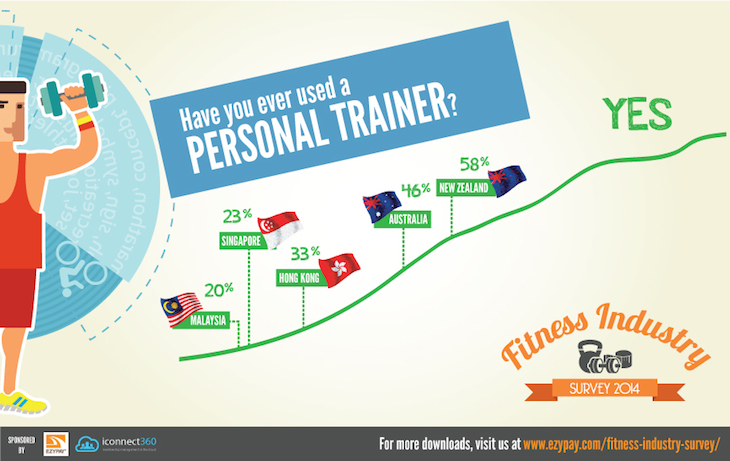 PT – A pathway to profit for health clubs

Results to date have identified a surprising trend, whereby across these five countries, more than half of the gym member respondents (54 per cent) have never actually used the services of a personal trainer (PT).

Ryan Hogan, CEO of Australian Fitness Network, which is one of the country’s leading fitness education providers, believes that in order to ensure maximum member accessibility, clubs need to offer a wide variety of fitness programs, led by qualified trainers, which are available at different price points.

Interestingly, in New Zealand, gym members report the highest use of PTs with 56 per cent having tried the service at least once.

Richard Beddie, CEO of Fitness New Zealand and the Exercise Association of New Zealand says this an encouraging result and he believes the future of personal training lies in smaller group training, where a PT has a group of (for example) four people, who they train together for 30 minutes, and then collect $15 (or thereabouts) from each of them.

For health clubs in Australia, the implication of these figures is significant. Those that actively promote or offer personal training services could potentially attract this untapped market who have never tried PT before; and in doing so, a potentially lucrative profit centre could be established. The result of which could be a boost in member retention, a reduction in attrition and, of course, an increase in revenue.

Click here to find out more results from the Ezypay Fitness Industry Survey and their potential implications.