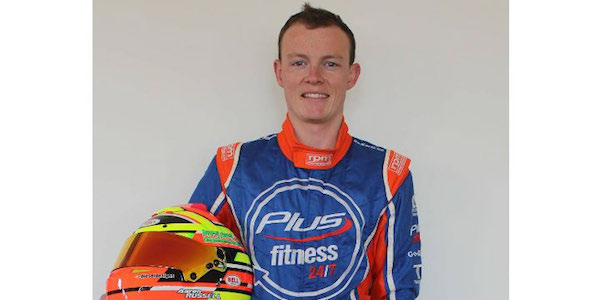 Newcastle’s Aaren Russell has joined forces with Erebus Motorsport for the 2016 Supercars Championship, with Plus Fitness as the main sponsor backing the campaign. Having raced in various categories since 2010, with credible results in the Dunlop Series and V8 Ute Racing Series, the 24-year-old is excited by the new challenge.

“This is an amazing opportunity, it still feels surreal,” said Russell. It really makes all of the hard work and sacrifices we have made as a family over the years worthwhile. As a rookie heading into the 2016 season, he is realistic about his expectations. It will be a year of learning for me,” he said.“Racing at the Bathurst 1000 last year was an eye opening experience. I can’t thank Plus Fitness and Tony Klein from the Dragon Corporation enough for their loyalty and continued support.”

Erebus Motorsport Team Owner, Betty Klimenko, has welcomed Russell to the team and is looking forward to working with him and his family.

“Having Aaren join us this year will be fantastic,” said Klimenko. “He comes from a family-based motorsport business and it’s wonderful to see his whole family involved. Supercars is about family, fun, and of course, racing to win! We look forward to helping Aaren achieve his goals.”

Previous Bing Lee and Anytime Fitness Get It – Do You?
Next The Newest Club On The Block – Orangetheory Fitness