Latest News
Home / In the news! / Pie’s The Limit – Sports Fans Fed Up With Stadium Food 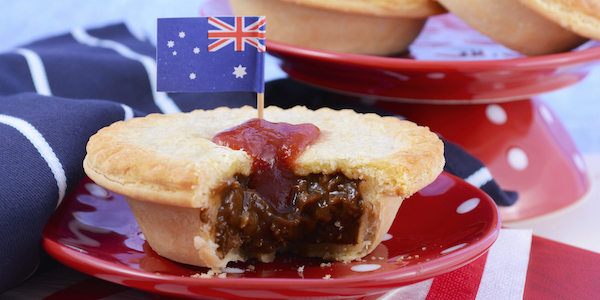 Pie’s The Limit – Sports Fans Fed Up With Stadium Food

The pie’s the limit! Research shows sports fans are fed up with stadium food.

New research from Western Sydney University has revealed that the classic diet of meat pies, chips and beer is no longer the demand of the Australian sports fan.

However, a new study by the University’s School of Business has revealed sports fans have voiced their dissatisfaction with the food and beverage selections on offer at stadiums, with price and service quality a particular pain point.

“It’s not the only factor, but in order to attract greater attendances from a wider market, stadiums in Australia need to provide more varied, higher quality, healthy food and beverage offerings that are both affordable and easy to eat,” says Mr Keith Parry, lecturer in hospitality, marketing and sport at the University, and the lead researcher on the study.

Mr Parry says most sporting teams will have a core of hardened fans who will attend regardless of factors such as team performance, weather conditions and stadium facilities. But once at a venue, perceptions of service quality will impact on an average spectator’s satisfaction, which in turn influences re-patronage intentions – a core part of any team’s income.

Ex-Wallabies legend and now architect at global sports architecture firm Populous, Mr Alastair Baxter, was the co-author of the study. He says, every year, over two-fifths of Australians aged 15 and over attend a sporting event, but numbers are starting to drop.

“With such a wide variety of sport now available to watch on television, it’s important to make sure that the whole experience of attending a sporting event is as much of a draw as watching the game itself,” says Mr Baxter.

In order to meet the demands of a new generation of health conscious spectators, newer venues such as Icahn Stadium, a multipurpose stadium in New York City that opened in 2005, offer healthier food options including pizzas made on whole-wheat pitas, wraps, grilled sandwiches and low-fat organic parfaits.

“Australia lags behind other nations in terms of food and beverage offerings in its stadiums and the data from this study reveals the levels of dissatisfaction felt by Australian spectators with the traditional offerings,” says Mr Parry.

Recent Australian stadium redevelopments may suggest that the tradition of poor food and beverage offering is changing. The Adelaide Oval and SCG Northern Stand redevelopments have included better quality food options, which spectators appear to have embraced. Between 2008 and 2014, the Adelaide Oval was redeveloped to include a new mid-price corporate product called the Stadium Club. The food offered at the Stadium Club included the ‘Hill of Grace Restaurant’, an à la carte restaurant specializing in local seasonal food and local beverages.

“Our observations of recent stadium redevelopments reveal that Australian spectators have embraced changes in stadium food and beverages, as shown by membership and sales figures for the Adelaide Oval and the SCG redevelopments, respectively.” says Mr Parry.

The onus is now on other Australian stadiums who are yet to improve their food and beverage offerings to follow the example of the Adelaide Oval, the SCG and their North American counterparts to provide more varied, higher quality, healthier food and beverage options that represent better value for money.