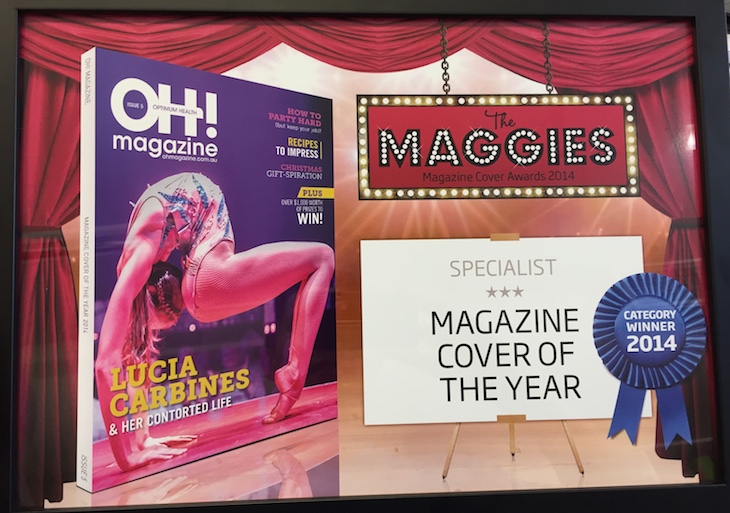 OH! Magazine, the unique publication designed specifically for health clubs to distribute as their own in-house member magazine, was last week named the 2014 Specialist Magazine Cover of the Year, at The Maggies Awards (#themaggiesaus) in Sydney.

Says OH! Magazines‘s publisher and editor Analee Matthews, “We were a bit shocked but absolutely ecstatic that after just one year of business, we could be recognised at such a prestigious level.”

Fitness First Magazine was also a Finalist in the Business & Trade category of the same awards, but unfortunately were not successful on the night.