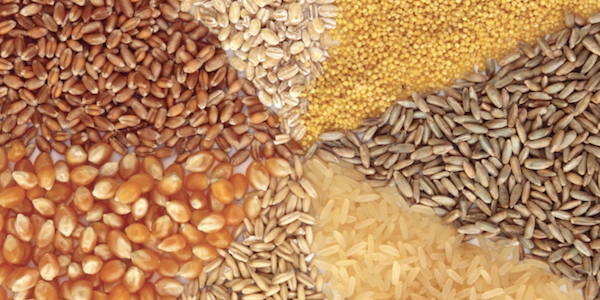 New research challenges the long-­‐standing belief that grains contribute to excess weight, and suggests they are more beneficial than Australians think – for our BMI, our waistlines and our fibre intakes.

A ground breaking analysis of national ABS data of 9,3411 Australian adults found that eating core grain foods was not linked to the size of your waistline. This is despite 42 per cent of Australians reporting that they limit grain foods to assist with weight loss2.

The analysis of the 2011-­‐12 National Nutrition and Physical Activity Survey2 commissioned by the Grains & Legumes Nutrition Council (GLNC) is being unveiled today at an industry Grains for Health Forum in Sydney, hosted by GLNC.

With two thirds of all Australian adults now overweight3, Australians are being severely misguided by diet trends where they exclude whole food groups in an effort to be a healthy weight.

The data reveals that people who eat six or more serves of core grain foods each day, including bread and pasta, have a similar waistline and Body Mass Index (BMI) as people who restrict their intake of grain foods.

Six serves of core grain foods a day, which is the recommendation for Australian adults aged 19 to 50 years, is as easy as a bowl of high fibre breakfast cereal in the morning, a wholemeal sandwich for lunch and a stir-­‐fry with rice for dinner.

Dr Flavia Fayet-­‐Moore, Director of Nutrition Research Australia, said: “We found that adults who ate   six or more serves of core grains per day had a similar BMI and waist circumference to those who avoided or limited them. This was after we took into account a range of factors which may affect weight status such as age, physical activity level and if they were on a diet.”

“The other key finding was that adults who ate six or more serves of core grain foods had much higher fibre intake than those who consumed less than two serves per day, even after taking into account all factors that can influence fibre, such as vegetable intake. So, by eliminating grains, people are compromising their fibre intake, which has major health implications.”

Chris Cashman, GLNC Nutrition Program Manager and Accredited Practising Dietitian, said core grain foods are increasingly being viewed as non-­‐essential due to misconceptions that they make people overweight and have minimum nutritional value.

“Grains don’t deserve the bad rap they often get as a result of fad diet trends,” Mr Cashman said.

“In fact, a recent comprehensive audit of all grains on the shelf has confirmed that the vast majority (95 per cent) of white and wholemeal breads are low in sugar – less than 5g per 100g, which equals about one teaspoon; while 81 per cent of loaf breads are a source of plant-­‐based protein and 88 per cent of breakfast cereals are a source of fibre.”

“Obesity has become a growing concern in our country and with it comes risk of chronic health issues such as diabetes and heart disease,” Mr Cashman said. “The good news is that people who eat at least three serves of whole grain food such as wholemeal bread have a lower risk of heart disease, type 2 diabetes and some cancers. It is important that Australians don’t abandon core food groups for the latest diet trends. By including core grain foods, as part of a healthy balanced diet you will be boosting your fibre intake without impacting your waistline – your body will thank you for it!”

The 2016 Grains for Health Report provides the latest data on the nutritional profile of grain foods on shelf and contribution to the Australian diet and links to weight. It is a summary of a secondary analysis of the 2011-­‐2012 National Nutrition and Physical Activity Survey and GLNC Product Audit of 1,890 grain foods on the shelf.