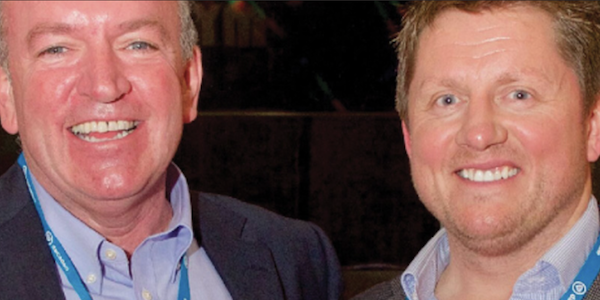 Beating out Misfit and taking home the award for “Overall Wearable Winner” solidifies MYZONE’s growing reputation as a wearable to be reckoned with.

A new innovation was featured at the show that the MYZONE community is looking forward to with anticipation. The newest product in MYZONE’s lineup of incredibly accurate wearable heart rate monitors is a male take on the recent MYZONE bra innovation. A compression garment featuring connecting points for the MYZONE module to snap on and line up with your heart, the shirt will make your MYZONE workouts equally accurate but now more comfortable than ever.

John Weir, COO of the Wearable Technology Show got to the heart of MYZONE as a company in his congratulatory remarks:

“Huge congratulations to all of this year’s Wearables Awards winners. The level of entries was overwhelmingly high and such a hard call for our judges to choose just one winner for each category. An extra special round of applause must go to MYZONE – the very worthy Overall Wearable Award winner. MYZONE is a true trailblazer in the sports performance market, continually pushing the technology to develop the most accurate devices on the market – we’re excited to see what they’ll be bringing to the show next year.”

With a focus on accuracy and continuous innovation, the team at MYZONE as well as the MYZONE community, comprised of gym owners and users alike, can look forward to a bright future in heart rate tracking accuracy (and comfort!).

Find out more by contacting MyZone.