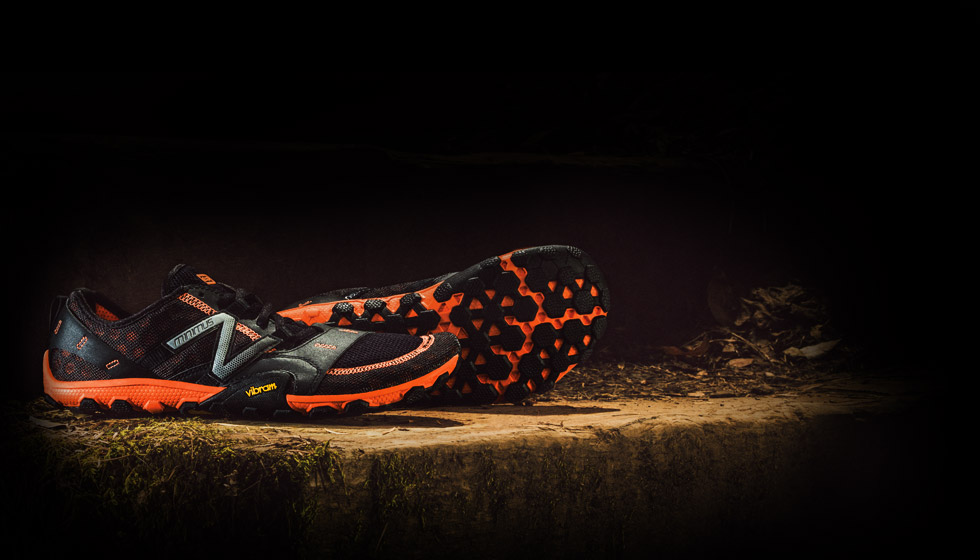 A two-year-long case study has demonstrated an increase in arch height from running in minimalist shoes.

The debate is ongoing as to the use of minimalist shoes and running barefoot. Few studies have been done and there are so many variables to control which makes these existing studies practically irrelevant. To see the true effects of what happens to our foot by removing the external support from a traditional motion control running shoe, it takes time. Years actually. I would like to share an example of a runner who had abandoned her rigid orthotics and motion control ASICS running shoes and began wearing minimalist shoes. The New Balance Minimus with a zero drop to be exact.

She was 34 two and a half years ago and had flexible flat feet, a valgus position of the calcaneus ( the heel bone angles inward when observing from behind), and a valgus knee deformity (knock knees). Her symptoms consisted of knee pain as well as frequent lower back pain. She was wearing custom rigid orthotics which were implemented to realign her arch and heel bone. We had her follow my transition protocol of removing the orthotics for the first part of a run and then replacing them for the remainder. As an example, for a three mile run the orthotics would be removed for a half mile then placed back in for the remaining 2.5 miles. This was gradually increased each week until she was able to comfortably run without them. The same was done for the motion control shoes but in a slower manner. I advise using the 10% rule. Each week mileage is increased wearing the minimalist shoe by 10%. Again, the new shoe is worn first and the run is completed in the traditional shoe. This can sometimes take up to 6-8 weeks or more depending on the level of running a person is doing before the complete transition is made. Many times I tell the patient it takes 3 months to safely transition. Remember, three months can be a blink of an eye in the whole scheme of things as many patients present to me with years of pain.

Of course what I am about to share is anecdotal. I realize that. However, this is a two year example of the changes that can occur to an adults foot that results from strengthening the postural muscles of the foot, specifically the abdcutor hallucis muscle. This is not the direct result of simply wearing a minimalist shoe. This is the result of what happens when you stress the foot and let it work the way it was intended to and become stronger. It has not relied on external support and adapted to the stresses placed upon it. The studies that are currently being published share weeks or sometimes a few months of results. This is a 2 year example. My colleagues and I are also submitting for publication a 6 month study that will show objective results of a similar finding. Let’s see what happens to the foot when you do not rely on orthotics and motion control shoes.

Heel Alignment
The below pictures shows the improvement in the alignment if the heel bone known as the calcaneous. You can see in 2012 the calcaneous was more everted or slanted inward as a result of a weak abductor hallucis muscle which leads to a collapse of the medial longitudinal arch. In 2014 the calcaneous is now more rectus or vertically orientated. This is a result of a stronger abductor hallucis muscle pulling and shortening between the great toe and heel bone which improves the arch and straightens the heel or calcaneous bone.

Next is an example of what clinicians refer to as the “too many toes sign”. When viewing the foot again from a posterior or “behind” view we can see in 2012 there were more toes visible on the outside of the foot demonstrating a weak or collapsing arch. In the 2014 image you can see the lateral or outside column of the foot has realigned and the toes are no longer visible.

Finally, we examine the medial longtitudinal arch. This is the arch of the foot that most people refer to when they say they have a “flat foot”. To simplify, the arch height will be absent or pressed against the floor with a flat foot or in someone with weak foot musculature. Here we can see in 2012 there was very little if any arch height present on the inside of the foot. After 2 and a half years of strengthening the foot and lower extremity musculature in 2014 there is now an increase in arch height.

In summary, this is anecdotal, but these are the changes we are seeing in runners who have transitioned to less of a shoe. These results were seen and described by many in the barefoot running community and now we are exponentially increasing numbers as runners are switching to minimalist type shoes. This is just one documented example of many with photographic evidence that I have seen in my practice. Why is this so significant? Because this is proof that running in a minimalist shoe can strengthen intrinsic foot musculature which can then change the shape of the foot and arch over time. I hope to soon have more similar objective results published.

This article is sourced from Dr Nick’s Running Blog.