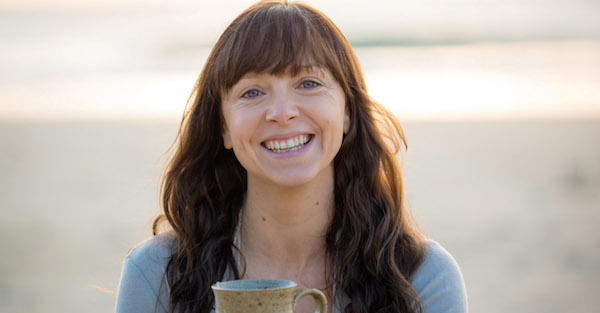 Melli O’Brien is a 36-year-young, “old souled” Australian on a mission to make mindfulness mainstream on a global scale and is getting set to host the world’s biggest ever group meditation with hundreds of thousands of people around the world expected to participate online at 5:00 PM EDT/ 2:00 PM PDT on October 31st and 8:00 AM November 1st AEDT.

Drawing on her skills as an internationally accredited meditation and yoga teacher specialising in ‘immersion’ mindfulness retreats and teaming up with her partner, Matt Dickinson, a serial internet entrepreneur, the couple spent six months creating the world’s first online Mindfulness Summit.

Motivated by the concept that peace, balance and compassion found through mindfulness has the capacity to change the whole world from within, one person at a time, O’Brien created the world’s first Mindfulness Summit; a free 31 day online event designed to make high-quality mindfulness training accessible to everyone, giving easy access to the world’s leading experts on meditation and mindfulness for a series of online interviews, practice sessions and presentations. Having commenced on October 1st with its 250,000 strong community continuing to grow daily, the Summit will culminate in a grand finale which will bring one of the world’s largest simultaneous mindfulness practices to fruition on October 31st.  The live stream event will be led by Professor of Medicine Emeritus, mindfulness teacher, bestselling author and founder of the groundbreaking Mindfulness Based Stress Reduction program, Jon Kabat-Zinn.

For the uninitiated, O’Brien explains that mindfulness is the opposite of mindlessness, saying, “It means waking up out of autopilot and ‘taking the steering wheel’ of our attention again. We practice mindfulness by maintaining a moment-by-moment awareness of our thoughts, feelings, bodily sensations and the surrounding environment. Mindfulness also involves non-judgment, meaning that we pay attention to our thoughts and feelings with the attitude of an impartial witness — without believing them or taking them personally. Wholeness, deep peace and joy are available to anyone who taps into the stillness and silence that dwell within them.”

Since launching the concept in August, it has captured the imagination of a quarter of a million people in 215 countries around the world and it continues to grow with thousands more signing on daily, indicative of the growing awareness of the benefits of mindfulness.

O’Brien explains, “Mindfulness is no longer hidden in ancient spiritual texts, monasteries and ashrams. Today, it is practiced by millions of people the world over, being taught in schools, in workplaces, in hospitals and in homes worldwide for those seeking the deep peace, abundance, clarity and fulfillment that are discovered through mindfulness.”

She adds, “Mindfulness comes with a range of increasingly scientifically proven benefits including reduction of stress, anxiety, depression and other destructive emotions by shrinking right pre-frontal cortex of the brain, reducing insomnia and lethargy and increasing energy both mentally and physically. It helps to manage pain, sharpens the memory and increases focus and attention. As well as improving emotional resilience and social intelligence, it develops confidence, empathy and compassion to help improve relationships and mental wellbeing. It also has been proven to boost immunity and has been shown to have beneficial effects on serious illnesses as well as reducing compulsive and addictive tendencies.”