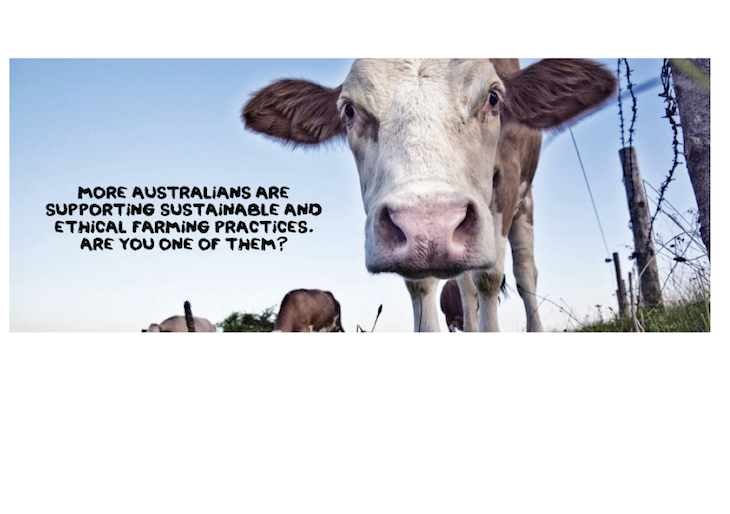 Australia’s annual Meat Free Week will return bigger and better from 23 to 29 March 2015. The week is dedicated to raising awareness of the amount of meat people eat and the impact it has on human health, the welfare of animals and the environment.

Meat Free Week challenges Australians to sign up to go without meat, including seafood, for seven days. By being sponsored, participants have the opportunity to raise funds for one of three leading charities – Bowel Cancer Australia (health), Voiceless, the animal protection institute (animal welfare) and The World Land Trust (environment).

With a growing trend towards meat free or meat-reduced meals and the steady rise of flexitarianism over the past few years (a mainly a plant-based diet with the occasional inclusion of meat), Meat Free Week gives people the perfect opportunity to try out new foods, get more veggies in their meals and see whether a meat-reduced diet is for them, even if it’s just one day a week or one week a year.

When it comes to meat, Aussies eat three times the world average. This consumption compromises our health and with global meat production predicted to double by 2020, raises serious concerns about long-term sustainability and animal welfare. Bowel cancer is now the second largest cancer killer in Australia and high consumption of red and processed meat has been linked to both bowel cancer[1] and the increased risk of type 2 diabetes[2].

Globally, the growing demand for meat is leading to increased deforestation, water usage and climate change with the UN identifying the livestock industry as one of the most significant contributors to today’s most serious environmental problems[3]. It has also created the number one animal welfare issue in the world, factory farming.

“The shift within the Western world towards a more plant-based diet and the Meat Free Week message is one that grows year on year,” says Meat Free Week co-founder Lainie Bracher. “When it comes to meat, we eat well above the world average and nowhere near enough veggies, so we need to address the balance. In this regard, a meat-reduced diet makes perfect sense, so why not give it a go and see if you can make a difference.”

For the first time this year, Meat Free Week will also be expanding the campaign into the UK. Co-founder Melissa Hobbs explains: “ Meat Free Week UK enables the issues to be tabled annually under one major event and we are thrilled to have the opportunity to start a global movement in raising awareness on the impact of excessive meat consumption. We have some great supporters on board already including Jamie Oliver, Paul, Mary and Stella McCartney and the campaign is really gaining great traction overseas.”

As always, the 2015 Australian campaign will be supported by a raft of famous faces including model turned presenter Mimi Elashiry, model Bambi Northwood-Blyth and actor Krew Boylan, as well as respected experts in the areas of health, the environment and animal welfare. Leading chefs and foodies including Simon Bryant and Bill Granger are among many who have provided a range of delicious meat-free recipes, which can all be found on the website.