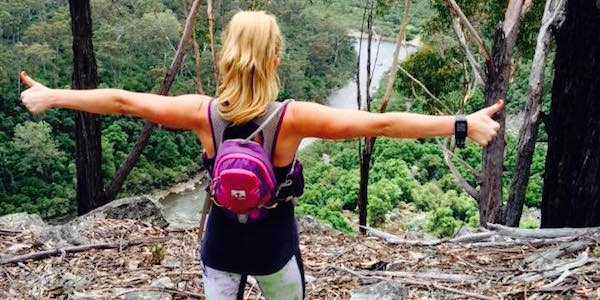 This weekend, adventurers in the hundreds flocked to the scenic East Gippsland, to partake in the inaugural Australian Adventure Festival (AAF).

Participants included an array of AAF ambassadors, many of whom are considered elite athletes in their field.

“The East Gippsland scenery was beautiful, with crazy cool cliffs and such diversity throughout the course-very unique scenery for Victoria. You felt so into nature out on a single track for so many kilometers, A lot of other trail runs don’t include this much single track, so this course was one of my favourites. It was great as part of the 55km to be able to catch up to the half marathon runners on the same track and feel that sense of community. I felt it was one of the most challenging courses and it really tested me. I rate this as a very technical course and would definitely recommend it to other trail runners”.

Leading Adventure Racers and AAF ambassadors Elina and Richard Ussher, have both previously won the Coast to Coast World Multisport Championship. Richard and Elina took (to their New Zealand) home wins in the male and female categories in the Half Marathon Trail Run (1hr50mins and 2hrs15mins, respectively).

The One Day Challenge put participants to the test, with a 34km Bike ride, 12km Paddle and 18km Run. Impressive results were achieved, with individual male category winner Jacob Storey crossing the line at 3 hours 49 minutes, and team winners Brad Fisher and Tim Boote close behind with 3 hours 54 minutes.

Throughout the weekend AAF events included:

The wide range of events catered to participants of all ages and abilities, and provided a fun and celebratory atmosphere for both serious competitors and families.

“It’s been amazing to see our vision come to life, and to have it show off the best of East Gippsland, including the running and mountain bike trails. Both myself and our Chairmain Richard Rhys were inspired to get involved in events over the weekend. The trails out in the Mitchell River Park were spectacular, I have never run more than 10km and I made the 21.1km (Half Marathon) distance and was motivated the whole way. I really look forward to next year,” said Karly McCaskill, Marketing Manager, East Gippsland Marketing.

After completing the 50km course he said, “The guys at AAF put on a great event. The course was well signed and easy to follow. It had a lot of challenging sections but you were rewarded for your efforts with some really fun downhill sections. All in all we had a blast and our community group, Metung MTB will definitely be back next year!”

Those who love the outdoors were not disappointed in their quest for adventure, with a variety of terrains and locations encompassed in the event program, ranging from forest to beach, to mountains.