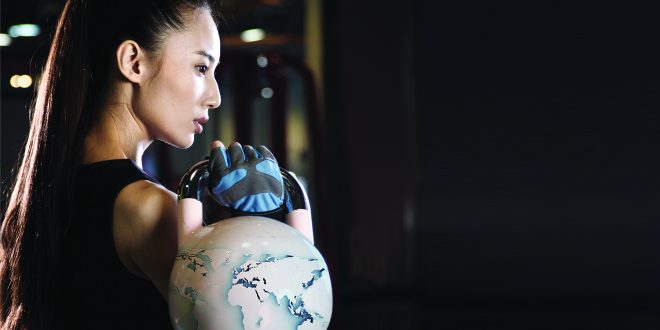 As leading markets posted strong performance, emerging markets — particularly in the Asia-Pacific region — showed potential for continued growth, according to The 2018 IHRSA Global Report, which was published in May.

One of the key drivers for growth is consumer demand for health and fitness programs to help address obesity, active aging, proper nutrition, and sports performance.

The Latin American health club market is robust with potential for growth. Based on data gathered in The IHRSA Latin American Report (Second Edition), Brazil’s 34,000 health clubs rank the country second only to the U.S. among global fitness markets. More than nine million Brazilians are members of a health club. With more than 12,000 health club facilities, Mexico ranks second in Latin America and third worldwide in terms of number of clubs.

Opportunities for growth exist in Latin America as member penetration rates remain low at an average of 2.15% across 18 countries. 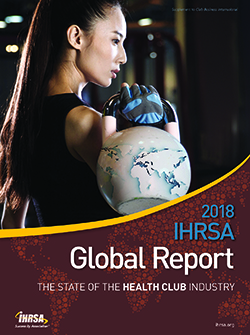 Europe
Roughly 60 million Europeans belong to a health club or studio, as the industry generated an estimated $28.8 billion in revenue at 59,000 facilities last year. The UK and Germany continue to lead all markets in Europe.

In the UK, based on research by the Leisure Database Company, 9.7 million members belong to one of the nation’s 6,728 health clubs and studios. Germany attracts more than 10 million members at nearly 9,000 locations and generates $5.6 billion in annual revenue.

According to the European Health & Fitness Market Report, Europe has strong prospects for growth considering not only the mature, solid markets in Western Europe, but also the potential in Eastern European markets such as Russia, Turkey and Poland. While the average penetration rate in Europe is 10.3%, Russia and Turkey have the lowest penetration rates at 2.4% and 2%, respectively.

Middle East & North Africa
Based on findings gathered by The FACTS Academy (industry experts based in Egypt), approximately 3.4 million members utilise 5,600 health clubs in 10 markets in the Middle East and North Africa. These 10 markets collectively generate roughly $2 billion in revenue. Saudi Arabia leads all markets in this region in revenue with nearly $620 million generated at 1,100 health clubs, which attract more than 800,000 members. In terms of club count and memberships, Egypt leads all MENA markets with 1,680 facilities and 957,500 members.

Despite conflicts in several MENA countries, there is a demand for fitness as consumers seek to exercise and reap the benefits of an active lifestyle.

Successful international fitness operators—including Fitness First, Gold’s Gym, and World’s Gym—have expanded into the Middle East. In less than 10 years, Fitness Time, based in Saudi Arabia, grew to 100 club locations, highlighting the opportunity in this region.

Asia-Pacific
The Asia-Pacific region serves 22 million members at more than 25,000 clubs. In total, this market generates annual revenues of $16.8 billion (USD), excluding the Middle East, according to The IHRSA Asia-Pacific Health Club Report.

Fuelled by growing economies, the health club industry in the Asia-Pacific is robust, with significant potential for continued growth.

Only two markets in the region are considered mature: Australia and New Zealand, which have the highest penetration rates at 15.3% and 13.6%, respectively.

Driven by the momentum of economic growth, the fitness market in the Asia-Pacific region has shown steady growth with a positive outlook going forward.

Overall market penetration is on an upward trajectory, reflecting an increasing awareness of health club memberships.

However, the region’s fitness market remains stratified due to varying stages of development, which can be categorised into three tiers:

The markets in second-tier (and under) cities, however, are dominated by standalone players that are mostly lower-end “mom-and-pop” shops, due to infrastructure underdevelopment, low purchasing power, and low awareness of personalised training. Underdeveloped regions in these countries demonstrate high growth potential as rapid infrastructure development improves accessibility and connectivity.

Conclusion
The outlook of the health club industry is bright and promising. As leading economies continue to improve, the industry is expected to thrive in the global marketplace, serving consumers with a variety of health and fitness needs. Offering access to fitness amenities, instructors, trainers and coaches, club operators are well positioned to lead a healthier world.

Visit ihrsa.org/research-reports to access any of the IHRSA publications cited in this article.