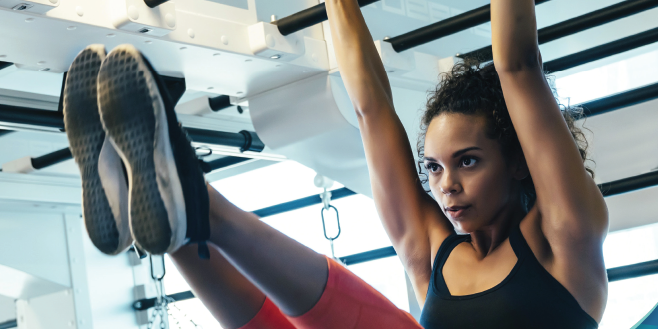 In 2018, health club membership topped 183 million users around the globe. Industry revenue totalled an estimated $94 billion in 2018, and the club count exceeded 210,000 facilities. Leading markets continued to show growth in the Americas & Europe. 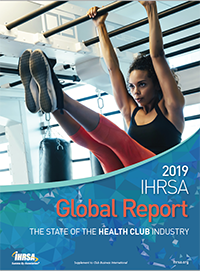 The membership penetration rate in the U.S. was 20.8% in 2018, while Canada’s was lower at 16.7%. Roughly 6.1 million Canadians belonged to one of approximately 6,500 fitness facilities in the country.

The Latin American health club market is robust with potential for growth. Based on data gathered in The IHRSA Latin American Report (Second Edition), Brazil’s 34,000 health clubs rank the country second only to the U.S. among global fitness markets.

More than 9 million Brazilians belong to a health club.

With more than 12,000 facilities, Mexico ranks second in Latin America and third worldwide in terms of number of clubs. Opportunities for growth are abundant in Latin America as member penetration rates remain low across 18 countries.

The UK and Germany continue to lead all markets in Europe.

In the UK, according to research by the Leisure Database Company, 9.9 million members belong to one of the nation’s 7,038 health clubs and studios. Germany attracts more than 11 million members at 9,343 locations and generates US$6.3 billion (AU$8.98 billion) in annual revenue.

According to The European Health & Fitness Market Report, Europe has strong prospects for growth consider¬ing not only the mature, solid markets in Western Europe, but also the potential in Eastern European markets. While the overall penetration rate in Europe was 7.8% in 2018, Turkey and the Ukraine had the lowest penetration rates, at 2.6% and 2.9%, respectively.

Based on findings gathered by The FACTS Academy, industry experts based in Egypt, approximately 3.8 million members utilise 5,800 health clubs in 10 markets in the Middle East and North Africa. These 10 markets collectively generate roughly US$2.3 billion (AU$3.28 billion) in industry revenue.

Saudi Arabia leads all markets in this region in revenue with approximately US$940 million (AU$1.339 billion) at 1,250 health clubs, which attract more than 1.2 million members. In terms of club count, Egypt leads all MENA markets with 1,680 facilities.

Despite conflicts in several MENA countries, there is a demand for fitness as consumers seek to exercise and reap the benefits of an active lifestyle.

Fitness Time, based in Saudi Arabia, has more than 160 facilities in the Middle East, highlighting the opportunity in this region.

The outlook of the health club industry is bright and promising. As leading economies continue to improve, the industry is expected to thrive in the global market¬place, serving consumers with a variety of health and fitness needs. Offering access to fitness amenities, instructors, trainers, and coaches, club operators are well-positioned to lead a healthier world.

The health club market in China is amongst the largest in the world. On Mainland China, combined revenue from the top 10 cities ranks fourth among all global markets at US$3.9 billion (AU$5.56 billion) in annual revenue, while the number of club members ranks ninth in the world at 4.5 million. Opportunities remain for the health club industry in China as the market has one of the lowest penetration rates among developed countries.

Only 2.98% of Greater China belongs to a health club.

Although the concept of modern fitness clubs first appeared in China over 3 decades ago, large-scaled marketisation only began after the year 2000. Prior to that, average Chinese consumers had neither strong awareness nor sufficient disposable income for fitness club membership, and fitness clubs were mostly designed as small gyms for athletes. After over 15 years of evolution, the fitness club market in China has become diversified with large chains, small studios, and new business models (such as O2O) coexisting dynamically to address consumers’ various needs.

China’s rapid development in the past three decades has brought tremendous improvement to living standards, but also undesirable health issues such as chronic fatigue and sleep disorder. Meanwhile, the national government has been actively increasing public awareness of sports participation and personal fitness by promulgating the Outline of Nationwide Physical Fitness Program in 2016. As a result, domestic awareness of fitness has been significantly improved, especially in the past five years, and the fitness culture has become a symbol of a modern lifestyle in Chin. The current penetration rate of clubs in China is estimated at 2.98% in top 10 cities.

Home to a global economic power, the health club market in India is among the largest in the Asia- Pacific region. India ranks fifth in market size among Asia-Pacific health club markets at US$821 million (AU$1.17 billion) in annual revenue.

The number of health club locations ranks third in the region at 3,813, with the country’s 2 million members fifth among observed markets.

The fitness club market in India is highly fragmented. Chained top-10 organised players comprise only 15-20% of the overall market in terms of number of clubs. Independent players that are mostly low-end “mom-and-pop” shops make up the rest of the market. Even with considerable growth over the past decade, the fitness club market in India is still relatively immature compared to other countries in the Asia-Pacific region.

Opportunities remain for the health club industry in India as the country has the lowest member penetration rate in the Asia-Pacific region.

Only 0.15% of the Indian population between the ages of 15 and 64 belongs to a health club.

In efforts to grow the industry in India, the United Health & Fitness Forum (UHFF) was formed in 2016. Led by the top club operators in India, UHFF and its members organise events such as training workshops, boot camps, walkathons, and group exercise classes, along with other health and fitness initiatives.

Want to find out more?
Visit ihrsa.org/publications to access any of the IHRSA resources cited in this article. To purchase your copy of the 2019 IHRSA Global Report click here.

ABOUT IHRSA: Founded in 1981, IHRSA – International Health, Racquet & Sportsclub Association – is the industry’s global trade association, representing more than 10,000 health and fitness facilities and suppliers worldwide. Locate an IHRSA club at www.healthclubs.com. To learn how IHRSA can help your business thrive, visit www.ihrsa.org. John Holsinger, IHRSA’s Director, Asia Pacific, can be contacted at jwh@ihrsa.org or on mobile 0437 393 369.

2019-07-17
admin
Share
Previous OUT NOW! The Winter 2019 WNiF Magazine
Next Fitness Australia: The Next Phase