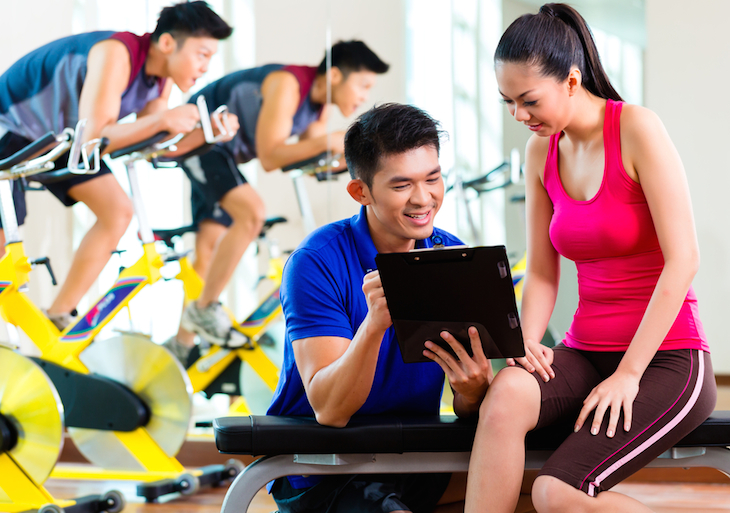 A new industry report from IBISWorld charts how the strong growth in personal training services over the past five years has been fuelled by rising levels of health consciousness in Australia and a growing interest in weight-loss programs and fitness regimes.

IBISWorld’s Industry Report OD4195 Personal Trainers in Australia, suggests that Australia’s economic prosperity and growth has provided consumers with greater purchasing power to spend on personal training as their level of discretionary income has risen in line with the overall economy.

The Report suggests “growing levels of obesity have also contributed to industry growth, as overweight consumers typically prefer personal training to gym memberships as these services are more specialised and results oriented.

“Obesity in Australia has been rising due to the ageing population, since the likelihood of an individual becoming overweight increases with age. Moreover, pressure to work longer hours has led to increasingly sedentary lifestyles, further contributing to growing obesity levels.

“As a result of increasing health awareness, industry revenue is expected to increase by an annualised 10.9% over the past five years, to total $390.0 million in 2013-14.

“Although the industry achieved robust growth over the five-year period, revenue fell significantly in 2008/09 following the global financial crisis. This was a result of consumers substituting personal training services for inexpensive do-it-yourself exercise methods. “Despite this, the industry quickly recovered as household income growth remained steady. “Also, continued awareness of the need for a healthy body, promoted through TV programs and government initiatives, has helped keep the industry’s activities at the forefront of consumers’ minds. Industry revenue is anticipated to grow by 3.9% in 2013-14.

“Growth in discretionary incomes and health consciousness are expected to continue over the next five years. As a result, the industry is projected to reach saturation point as a growing number of entrants creates a higher level of competition among industry operators, forcing prices down overall.

“Consequently, profit is also expected to drop once these competitive pressures start to affect the industry.”

IBISWorld forecasts that industry revenue will rise at an annualised 2.4% over the next five years.

The report cover those individuals that it identifies as offering one-on-one and small group fitness training as well as those that may also provide personalised diet programs and are typically employed by gyms, fitness studios and hospitals, or are self-employed.