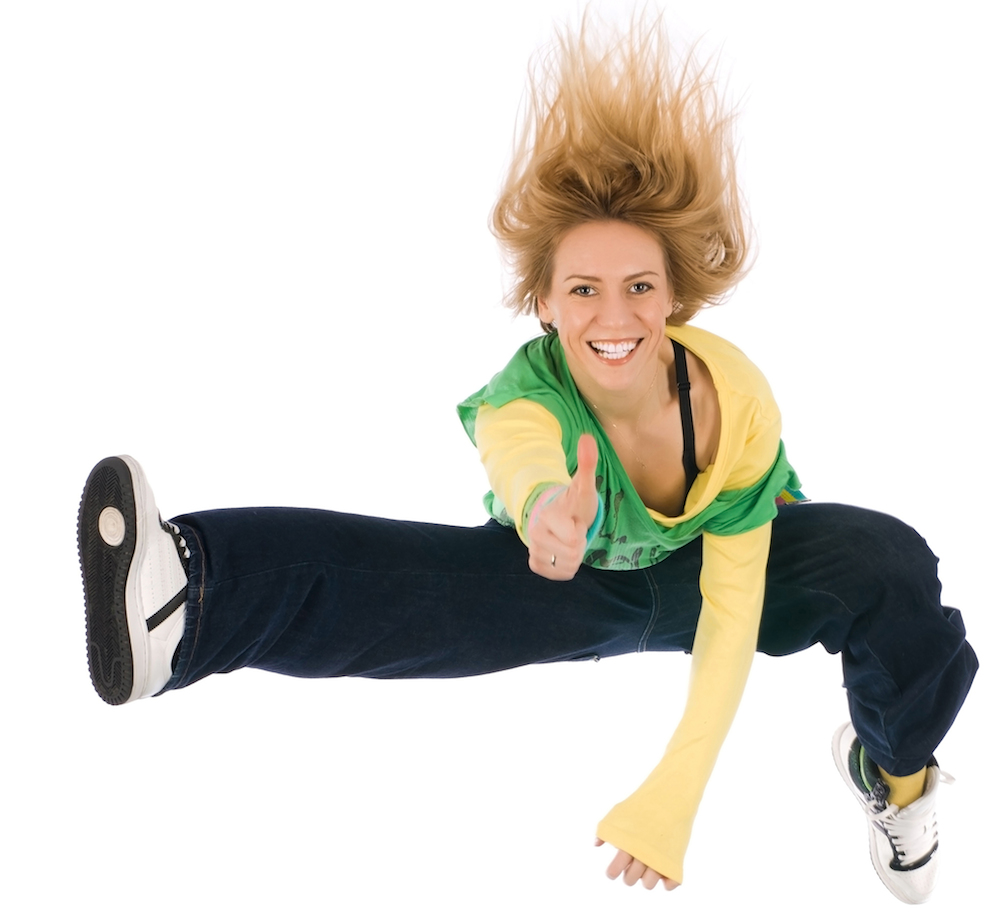 I’m about as a bendy as a telegraph pole, with the attention span of a gnat, so it’s little wonder I’ve always struggled with yoga. Yes, I know of its benefits for mental clarity and physical wellbeing, but the prospect of spending at least an hour in a room holding single poses for minutes on end simply leaves me cold. Namaste? No thanks.

But when I heard about hip-hop yoga, I thought yo, I just could be down with that.

The concept is somewhat contradictory: combining the stretching and breathing of yoga with booming and sometimes brash hip-hop.

You could be doing the downward dog to Jay-Z or making an eagle pose to Kanye West or 50 Cent, but the general principle is based on a dynamic Vinyasa Flow sequence practiced to old-school and new-school beats.

“If you’ve been talking to people at work all day it can be difficult to relax into yoga because of the silence,” says Sammy Veall, who has opened Sydney’s first hip-hop yoga studio.

“So with hip-hop the music just takes you to another place and it’s just so much fun that you can’t help but get into it.”

Veall discovered hip-hop yoga when she moved to Los Angeles in 2001 with dreams of becoming an actress. After a horrific accident left her with burns to 35 per cent of her body, a friend convinced her to try yoga as a form of therapy.

Veall went along to Maha Yoga in Brentwood, a yoga-to-music concept developed by Steve Ross, a former rock guitarist with bands including Fleetwood Mac.

“I’ve always been a massive fan of hip-hop music, so I decided to give it a try,” she says.

“My friend told me that because it was near Santa Monica, it was full of fake tits and women who would just come in and lay on their backs and listen to the music without doing any poses.”

But Veall was instantly transfixed. She quit acting and undertook intensive training from Ross to become a teacher of his Vinyasa/music hybrid.

“I wasn’t that happy because I’d been chasing the acting dream for a while but when when I went into the yoga class I just felt like this was for me.”

Veall returned to Australia and opened a hip-hop yoga studio in Melbourne in April last year, followed by the Sydney studio in December.

Both are named Yoga 213, after LA’s original telephone code.

Both also take inspiration from LA for their interiors. The Sydney studio has a surfy vibe complete with real surfboards, beach flags and distressed benches, and a large outdoor balcony filled with lush green plants.

There are several types of classes: Hip Hop is vinyasa flow designed for more advanced yogis, and Chill is a slower form for beginners upwards to music styles such as reggae, folk and guitar by the likes of Frank Ocean and Bob Marley. There’s also a Power class to more upbeat tunes.

I’m a beginner, but I decide to take the Hip Hop class because it sounds like fun.

When I arrive to see other lean and lithe yogis limbering up with poses I could never dream of, I begin to regret this.

But instructor Natasha Mateus assures me I’ll do just fine, and it turns out she’s right.

The class begins with gentle stretching, moving into more vigorous poses and movements before ab work and some more stretching at the end.

The combination of music and yoga is simply transportive. We move our bodies in rhythm with the beats as Natasha takes us through each pose and into the next. The speed of the songs is perfectly matched to the movements we are performing, and I find myself completely consumed in the moment, so much so that an hour flies by in what feels like 30 minutes.

I leave the class not only as a converted sceptic, but totally inspired on my new natural high.

“The music makes you so happy and the yoga does that as well with relaxing all your worries and your breathing,” says Veall.

“There is no judgment and you just feel so free.”

2014-02-04
admin
Share
Previous Are you Australia’s BEST CrossFit Operator?
Next Fitness in 2014: What’s in, what’s out and what’s just around the gym corner?