Latest News
Home / In the news! / Coca-Cola Life – Is this the healthy coke? 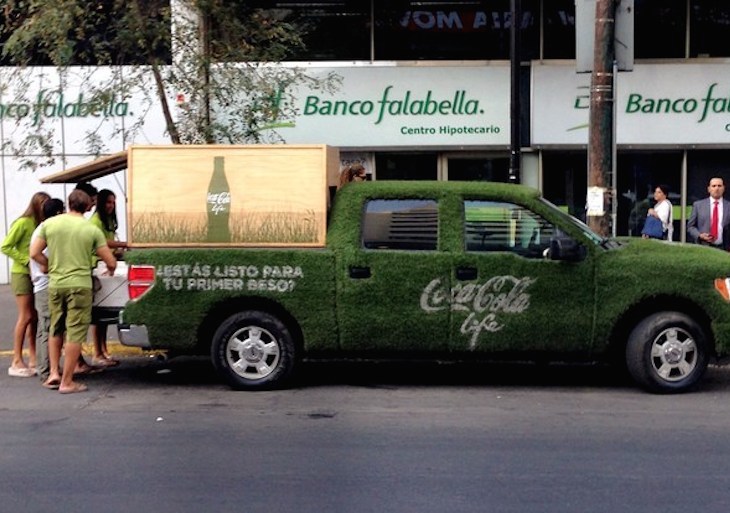 Coca-Cola Life – Is this the healthy coke?

Coca-Cola has announced it will launch its newest soft drink in the Australian market in April 2015. Strongly promoted as “healthy” Coke elsewhere, Coca-Cola Life may do more to improve the company’s finances than the health of its consumers.

The product was piloted in parts of South America, and launched in the United Kingdom and the United States in September. An analysis of social media conversations in the UK reported the jury is out on whether consumers like the taste of the new product.

Like its forthcoming competitor Pepsi True, Coca-Cola Life is packaged in a green can. Both adults and children are known to perceive food with green packaging, or green nutrition labels, as being healthier than identical food packaged in other colours.

While many are surprised by The Coca-Cola Company’s move away from its iconic red labelling, there may be an even more subtle reason for it than the (marketing) goodness of green. A recent European study found people drink less soft drink from a red-labelled cup than a blue-labelled cup. At a subconscious level, the colour red operates as a stop signal.

The new product is said to contain considerably less sugar than regular Coke (because it’s sweetened with a plant extract), but doesn’t compare favourably with the two existing products in the company’s line-up. A can of Coca-Cola Life contains 22 grams of sugar – compared to 35 grams in regular Coke and none in the two “diet” offerings.

While Coca-Cola’s website assures customers these sugar alternatives are both completely safe to consume, and existing dietary standards support these claims, the company is clearly responding to consumer concerns about the use of artificial sweeteners with this new product.

Coca-Cola Life is sweetened with a combination of sugar and stevia – a natural sweetener – and is clearly targeted at people with concerns about the effects of artificial sweeteners. Coke’s UK marketing director, Bobby Brittain, has been quoted as saying:

We know exactly who our Coke Life will appeal to. It’s 20 and 30-somethings who have begun to realise they’re not completely immortal and that they do have a sense of responsibility about what they consume.

Stevia is an extract of the plant species Stevia rebaudiana. The shrub is native to Paraguay and South American tribes have used it as a sweetener for centuries. It has been used in Japan since the 1970s, when a method for producing the commercial product stevioside was developed.

As well as being being between 250 and 300 times sweeter than sugar, stevioside (like the stevia leaf itself) contains no calories and doesn’t raise blood sugar, so it can also be consumed by diabetics.

While stevia is safe to consume, nutritionists have noted that simply removing some sugar and replacing it with stevia doesn’t make a drink (or food) healthy. Coca-Cola Life still contains colouring, caffeine, phosphoric acid and 19% of our recommended daily sugar intake.

In fact, a cola drink with a few less calories may be part of the problem rather than the answer to reducing our waistlines. People tend to consume greater quantities of foods they believe to be healthy, and seeing a food promoted as healthy can lead people to eat more calories.

This latest move by The Coca Cola Company follows its introduction of “portion control” options – smaller cans of their full-sugar beverages – and reflects a commitment made by a group of American companies to reduce calories from soft drinks by introducing and promoting lower-calorie beverages.

But, ultimately, many of these decisions are likely being made to increase the health of the companies’ profits rather than the health of their customers. A look at The Coca Cola Company’s 2013 financial results shows profits from regular soft drinks are declining and sales of “healthier” options are increasing.

The two existing diet colas combined account for 32% of cola sales, and sales of mini-cans grew 70% in 2013. Reflecting the increasing health consciousness of consumers, in the same period sales of Mount Franklin water grew by 9% and Pump water by 10%.

Perhaps the most genuine option for this and other such companies would be to cut back on the production and marketing of sweetened soft drinks and focus on selling products that are actually good for consumers.

Article sourced from The Conversation.

Featured photo caption: Piloted in South America, Coca-Cola Life launched in the UK and US in September, and is due in the Australian market in April. Photo: RiveraNotario/Flickr, CC BY-NC-SA