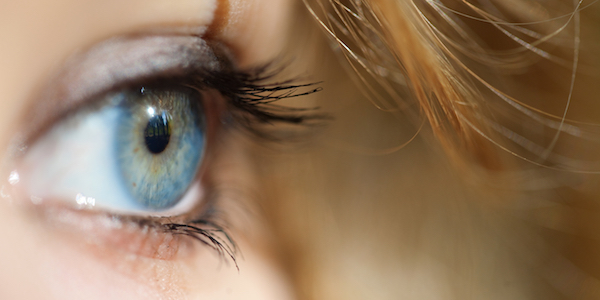 Glaucoma is one of the leading causes of irreversible blindness in the world, but contrary to popular belief it is not just a disease that affects the elderly and it can be treated if it is caught early enough. While it is true that around 10 per cent of 80 to 85-year olds suffer glaucoma with the number growing exponentially as the population ages, it is less known that around three per cent of the population over 40 also suffer, and that up to 50 per cent of sufferers remain undiagnosed as it remains asymptomatic until the damage is too far gone to treat effectively.

Furthermore, people with a family history of glaucoma are ten times more likely to develop the disease, as are diabetics and short sighted people. In the lead up to World Glaucoma Week (Sunday 6-Saturday 12 March), one of Australia’s leading glaucoma experts Dr Andrew White from PersonalEYES, is urging all people over the age of 45 to go for bi-annual check ups, as an early diagnosis can prevent long-term damage, and be treated if detected early enough. If it runs in the family, Dr Andrew White recommends people begin bi-annual testing in their 30s.

Glaucoma places pressure on the eye impacting peripheral vision, causing blindness and making patients more susceptible to falls, which can be life threatening in patients who are elderly. It can also impact sleep patterns or reduce the quality of sleep, which could have a knock on effect in other areas of the patient’s health. Poor sleep quality has been associated with cardiovascular and respiratory illness and the implications of glaucoma on sleep are currently being researched.

The good news however is that early detection can mean prevention of the disease progressing. Most people are unaware they can request a glaucoma test with their standard eye test at the optometrist and few optometrists offer it as standard (PersonalEYES being one exception).

Research into early detection and advancements in treatment for glaucoma sufferers

In the last 12 months, there has been extensive research into early diagnostic techniques using artificial intelligence to improve the accuracy of diagnosis and reduce the burden of resources used to detect and monitor glaucoma in patients. In addition to artificial intelligence, increasingly refined imaging technology has progressed to a point where it will deliver far more accurate and cost effective glaucoma diagnosis, but the experts seem to agree that more work is needed to better understand the cause of glaucoma to find new and better treatments.

There have also been developments in treatment delivery to sufferers of glaucoma, many of whom often find it difficult to administer eye drops, while advances have been made in minimally invasive glaucoma surgery, and research is ongoing regarding laser surgery.

As World Glaucoma Week approaches on Sunday 6 March, Glaucoma Australia invites Australians to have a B.I.G. Breakfast with their families. It is the ideal time to have the conversation with family members, friends or workmates about having a comprehensive and regular eye test, including a check of the optic nerves. You can register to hold a B.I.G. Breakfast through Glaucoma Australia with funds raised being used to increase glaucoma awareness.

Previous International EndoMarch 2016
Next Membership Contracts: How To Protect Your Club