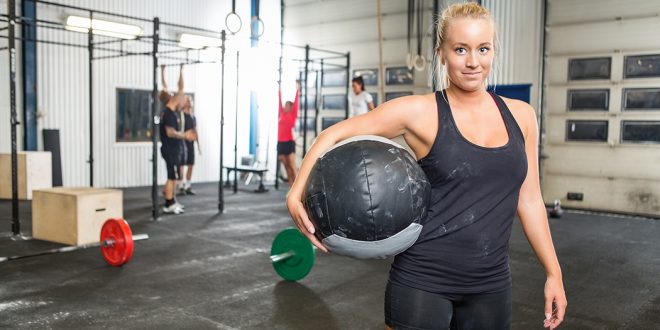 Franchising in Australia is amongst the most dynamic and progressive business sectors in the economy.

It is a recognised and reputable way of doing business in Australia and is the chosen format for many Australian entrepreneurs to expand and develop their business.

Franchising in Australia commenced in a significant way in the early 1970’s under the influence of the franchised US fast food systems – KFC, Pizza Hut, McDonalds – which commenced operations here at the time. The growth of franchising since that time has been remarkable.

Over the last two decades franchising in Australia in its contemporary “business format” mode has developed into a highly significant and dynamic business activity, which has expanded to include virtually every product and service business.

Statistical surveys have been conducted for the Franchise Council of Australia (the peak body for the franchise sector in Australia) by Griffith University every second year since 1998. The current Franchising Australia 2016 report reveals:

Fitness franchising in Australia has been booming, especially in the last 2-3 years. Between ‘the big four’ 24-hour gym franchises alone, there are over 1100 franchise units either open, in pre-sale or looking to secure a site (approximate numbers at time of publishing: Jetts – 213, Snap – 193, Anytime – 478 and Plus Fitness – 222). Other smaller franchise groups add an estimated 400-500 units to that total.

Even with that growth, numbers continue to increase, albeit the last 8-10 months has seen a slow down from the rapid growth experienced throughout 2015 and 2016. A squeeze on territories and catchments will for sure be a contributing factor in locating and securing the right premises with the right demographics.

Those looking to take their career path in the fitness franchise direction have a pool of up to 30 franchises to chose from in Australia (full list on the WNiF – Fitness Franchising directory). These range from full service and 24-hour gyms to smaller group fitness, personal training studios and boutiques – all with something different to entice their newest franchisee. For more on helping you choose the right fitness franchise click here.

The Australian fitness industry is part of a larger global fitness community and not alone at successfully introducing regular exercise into tens of thousands of new members lives ever month.

For that reason, let’s have a look at some fitness franchises you have most likely never heard of (this is just a fraction of them), from the US, UK and Europe.

The Rockland, Massachusetts based company with gyms in 29 states automates personal training for its customers. Clients take a survey that takes into account their lifestyle and goals to create a personalised fitness regimen. Each time they come to a KoKo club, they insert a key into a “smart trainer,” generating the day’s 30-minute customised workout with personalised instructions.

This Elizabethtown, Kentucky based business has two program options for potential franchisees: Fitness Revolution, designed for adults, and Athletic Revolution, targeted toward six to 18-year-olds.

The business focuses on group training sessions, based on individual needs: weight loss groups or muscle building groups. Athletic Revolution is also geared towards helping kids and teenagers perform better at sports. Franchisees are not required to rent or own brick and- mortar studios: many hold classes in churches, school gyms or other rented spaces. www.frnation.com

Founded in 2003, Fit4less by énergie offers a low-cost gym franchise providing memberships from just £14.99 a month for a no-thrills service facility. Fit4less is supported by the énergie group, Britain’s leading fitness franchisor. With almost 100 gyms, Fit4less is the UK’s leading budget gym franchise, and was voted best Health Club Operator of Year 2016 in the UK. www.f4l.com

Founded in 2009 with the philosophy that each day is made of a perfectly matched set of 1,440 minutes of opportunities, choices, and attitudes, Fitness 1440 has developed into one of the most unique fitness club concepts in the US, promoting total well being of the mind, body, and spirit.

Fitness 1440 suggests that their business model allows franchise buyers to open equivalent-sized clubs for a fraction of the cost of other leading national brands, all while maintaining our core values and brand integrity. www.fitness1440.com

Bodystreet is an innovative workout studio combining expert personal training with the buzz of Electro Muscle Stimulation (EMS). The result; a highly-effective exercise programme that enables you to get fit, tone up and build muscle – fast!

Europe’s leading provider of EMS training, Bodystreet launched with a single micro-studio in Germany in 2007 and after two years of proving the concept, then expanded as a franchise system.

Now, the number of studios has grown to over 300 across Germany, Austria, Switzerland and the UK. www.bodystreet.co.uk

Pure Barre was founded by dancer, choreographer and fitness guru Carrie Rezabek Dorr. Carrie opened her first studio in the basement of an office building in Birmingham, MI in 2001.

With no initial clients, staff, signage or even a bathroom, the concept took off as clients were amazed by the results they saw from the workout. In July of 2009, Pure Barre became a franchise and has exploded in popularity, due to its extremely effective technique, friendly, high-energy atmosphere, and fun, motivating music. www.purebarre.com

Women train in small groups according to their individual plans. They are accompanied, motivated and advised by personal trainers. With this concept, Mrs. Sporty is a leader in the women’s fitness market and is represented in 5 other European countries besides Germany and Austria. www.mrssporty.de 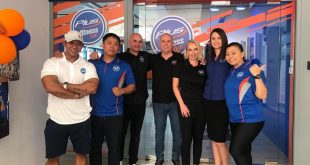 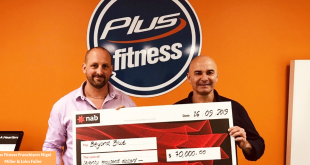 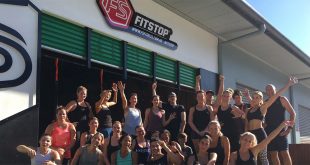 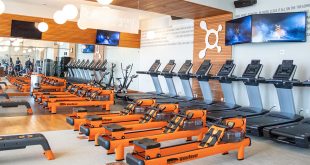 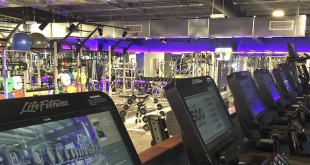 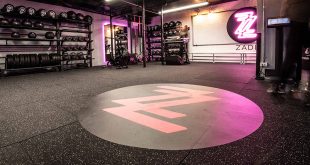