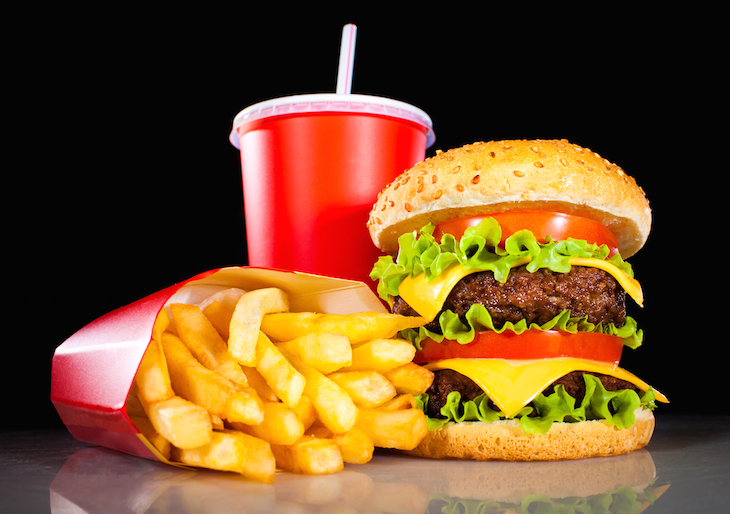 Tasty hamburger and french fries on a dark background

The study, involving 713 University of Sydney students aged 19 to 24 years, looked at the effect of introducing energy (kilojoule) labelling and a social marketing campaign on fast food choices on campus.

Lead researcher Rajshri Roy is presenting her research at the Dietitians Association of Australia (DAA) National Conference, being held in Perth this week (13 to 16 May).

Ms Roy, from the Charles Perkins Centre at the University of Sydney, said after kilojoule labelling was bought in, students who used the kilojoule values chose meals that were around 960kJ less than those who ignored the labelling.

“We also found a significant drop in sales of high-kilojoules foods, such as nachos and burgers,” said Ms Roy, an Accredited Practising Dietitian.

She said this included a 30 per cent decrease in sales of a burger which provided 5,500kJ – or two thirds of the suggested average energy intake for adults of 8,700kJ a day.

Ms Roy said the majority of students thought the social marketing campaign would not affect their food choices, but her study results show it had a major impact.

She said a small serve of French fries or half a sausage roll each contain around 960kJ, and for people looking to lose weight, cutting out this many kilojoules each day over a year could result in a body fat loss of up to 9kg.

According to Ms Roy, few previous studies have looked at whether kilojoule labelling at the point of purchase in fast food outlets makes a difference in changing behaviour and reducing intake of kilojoule-rich foods.

She said the results should provide further impetus for fast food outlets to revamp their menus to lower the kilojoule content of food items, extend the range of healthy options on offer, provide healthy sides, such as salad instead of French fries, and rethink promotions that encourage upsizing.

“Cooking at home and taking food with you to work or university is the best approach. But when you do eat outside home, use the kilojoule displays to make smarter choices,” said Ms Roy.