Latest News
Home / In the news! / 2016: Fad Diets Are Out And Perfect Portions Are In 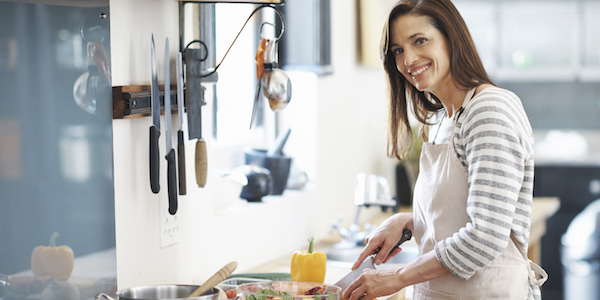 2016: Fad Diets Are Out And Perfect Portions Are In

Dietitians are calling on Australians to start the New Year with a bang by making this year’s resolution to forget fad diets and instead aim for perfect portions.

A new survey of 1,230 Australians, commissioned by the Dietitians Association of Australia (DAA), found about half of all adults aged 18 to 64 (54 per cent) are unhappy with their current weight[i].

DAA will soon launch its annual Australia’s Healthy Weight Week (AHWW) campaign (15 to 21 February) to make it easier for all Aussies to achieve and maintain a healthy weight.

According to the peak body for dietitians, eating the right amount, rather than piling up the plate, is a key way to reduce your kilojoule intake and manage your weight.

‘We all know fad diets come and go, and usually end in failure. So rather than starting the diet merry-go-round this year, make your New Year’s resolution about being more aware of the right portion sizes and how much you’re eating,’ said DAA Spokesperson and AHWW ambassador Professor Clare Collins.

Professor Collins said getting back into the kitchen for more home-cooked meals and keeping a check on how much you serve yourself and your family is a good place to start.

But according to Professor Collins, there’s more to this story.

‘Research shows that substituting vegetables, and other low-kilojoule, nutrient-rich foods, for those that are ‘energy-dense’ is the way to go. This helps to fill you up, without tipping the scales in the wrong direction.

‘Aim for two to three or more cups of vegetables or salad a day. At the moment, most Aussie get nowhere near that. So a simple step when cooking at home is to start your meal with a salad or add an extra serve of vegetables to your main meal. Let vegetables fill at least half your plate,’ said Professor Collins, an Accredited Practising Dietitian.

Professor Collins’ research[ii] has found Australians typically overestimate portion sizes, especially for foods like pasta (a guide good is about a cup) and chocolate (should be no bigger than half a small chocolate bar), compared to what health authorities recommend, and this can lead to ‘kilo creep’ over time.

‘When there’s more food on the plate or when we use bigger plates and bowls, we eat more. The difference between one and two cups of pasta at dinner is around 870kJ. If you eat a double portion size on a daily basis those extra kilojoules could see you gain around 1kg to 2kg a month if you don’t burn this off doing extra exercise.

‘To eat less without thinking about it, switch to using smaller plates so you don’t notice you’re serving yourself less food,’ said Professor Collins.

The DAA survey found that already 26 per cent of Australians said they would review their portion sizes.

‘The challenge is to get everyone to use simple, pain-free strategies – such as smaller plates, greater proportions of vegetables and cooking more at home – to help manage weight,’ said Professor Collins.

Hundreds of health-focused events, including nutrition workshops and cooking classes, are being held around the country to mark the week. Find out what’s on near you, and get nutrition tips and recipes online.

AHWW, an initiative of the Dietitians Association of Australia, is an ideal time to kick-start healthy eating habits. The aim for the 2016 campaign is straight-forward: to encourage more Australians to cook at home as a way to help achieve and maintain a healthy weight. AHWW also encourages Australians to seek expert and individual nutrition advice from an Accredited Practising Dietitian (APD). APDs are nutrition scientists with years of university study behind them. They work with people to develop tailored eating plans and support and motivate them to make diet changes for life. Award-winning celebrity cook, Callum Hann, and Accredited Practising Dietitian, Themis Chryssidis (both from Sprout), are supporting AHWW in 2016 – including through a launch event in Adelaide on Monday 15 February.